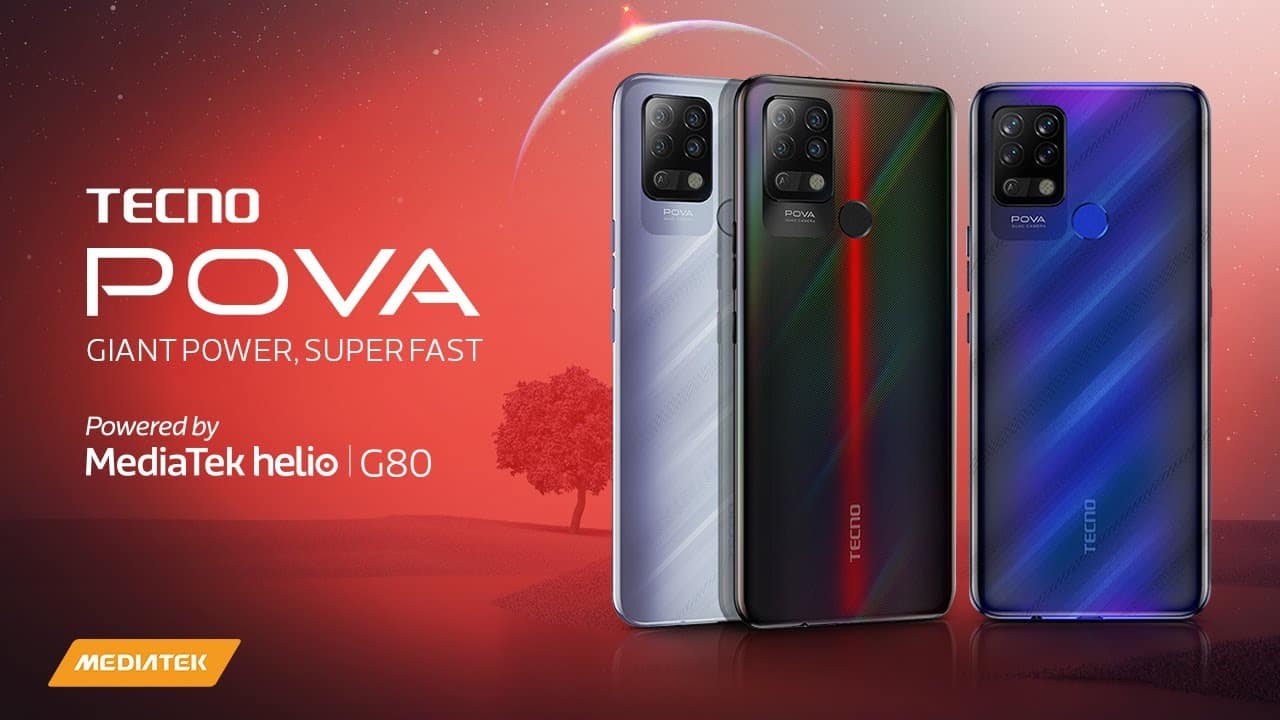 Tecno Pova smartphone has a 6000mAh power battery, along with a quad rear camera setup. This smartphone has been introduced in the mid-budget range and its sale will start on December 11.

There is a quad rear camera setup for capturing photos and recording videos, with a 16-megapixel primary sensor carrying an f/1.85 lens. The camera setup also includes two 2-megapixel sensors for macro and portrait shots — along with a dedicated AI lens.

For selfies and video chats, the Tecno Pova offers an 8-megapixel camera sensor at the back. It is equipped with an f/2.0 lens and supports features including AI Selfie Camera, AI Beauty, Wide Selfie, Night Portrait, AI HDR, and AR Shot, among others.

On the storage front, the Tecno Pova comes in 64GB and 128GB options that are expandable via microSD card (up to 256GB) through a dedicated slot. Connectivity options include 4G VoLTE, Wi-Fi 802.11ac, Bluetooth v5.0, GPS/ A-GPS, Micro-USB, and a 3.5mm headphone jack. Sensors on board include accelerometer, ambient light, magnetometer, and proximity sensor. There is also a fingerprint sensor at the back.

Get PNR staus now on WhatsApp: Know how to avail the benefit