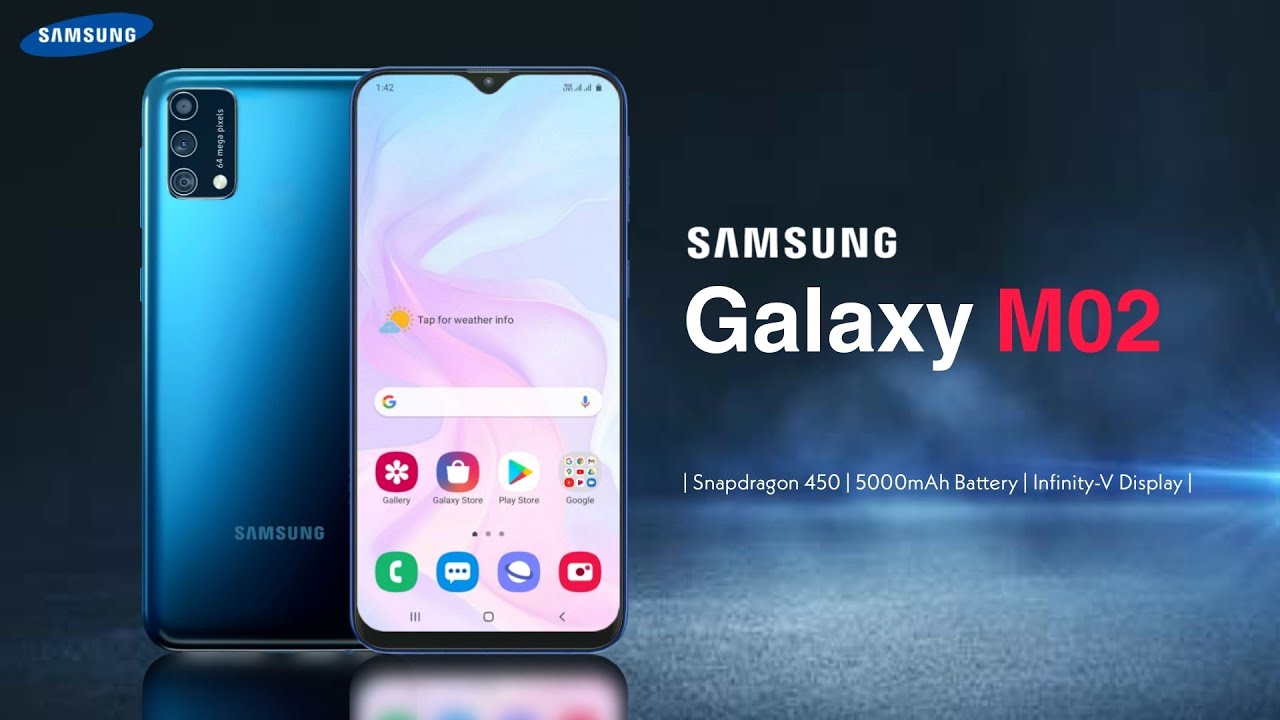 Samsung Galaxy M02 can be purchased from the e-commerce site Amazon and Samsung’s Leading Online Store. The phone will come in three color options, Blue Gray and Black. This is the second smartphone of Samsung’s popular M series to be launched this year. The phone will be on sale from 9 February 2012.

Samsung has launched the affordable smartphone Galaxy M02 today i.e. on 2 February 2021 in India. The phone has been introduced at a price of Rs 6,999. However, the Samsung Galaxy M02 smartphone can be purchased at an entry price of Rs 6,799. The phone can be purchased from the e-commerce site Amazon and Samsung’s Leading Online Store. The phone will come in three color options Blue, Gray and Black. This is the second smartphone of Samsung’s popular M series to be launched this year. The sale of the phone will start from 9 February 2012.

Samsung Galaxy M02 price in India has been set at Rs. 6,999 for the lone 2GB + 32GB storage variant, though it will be available at an introductory price of Rs. 6,799 initially, as per the product page on Amazon. The phone also has a 3GB + 32GB storage option that is yet to receive a price tag. The Galaxy M02 comes in Black, Blue, Gray, and Red color options, and it will go on sale through Amazon, Samsung India online store, and leading offline retailers from February 9.

The phone is an upgraded version of Galaxy M01

Samsung Galaxy M02 is an upgraded version of the Galaxy M01 launched last year. The Galaxy M02 has been launched in two storage options 1GB RAM + 16GB and 2GB RAM + 32GB. Its initial price was Rs 5,499. It was the most affordable smartphone of the company.

The dual-SIM (Nano) Samsung M02 runs on Android 10 with One UI on top. It features a 6.5-inch HD+ Infinity-V display. It comes with a MediaTek SoC, along with up to 3GB of RAM. For photos and videos, the Galaxy M02 has a dual rear camera setup that comprises a 13-megapixel primary sensor and a 2-megapixel macro shooter. The phone also includes a 5-megapixel selfie camera at the front.

Samsung Galaxy-M02 comes with up to 32GB of onboard storage. The inbuilt storage is expandable (up to 1TB) via a dedicated microSD card slot. Connectivity options include 4G LTE, Wi-Fi, Bluetooth, GPS/ A-GPS, and a USB Type-C port. The phone packs a 5,000mAh battery that supports standard 10W charging. It has 9.1mm of thickness and 206 grams of weight.