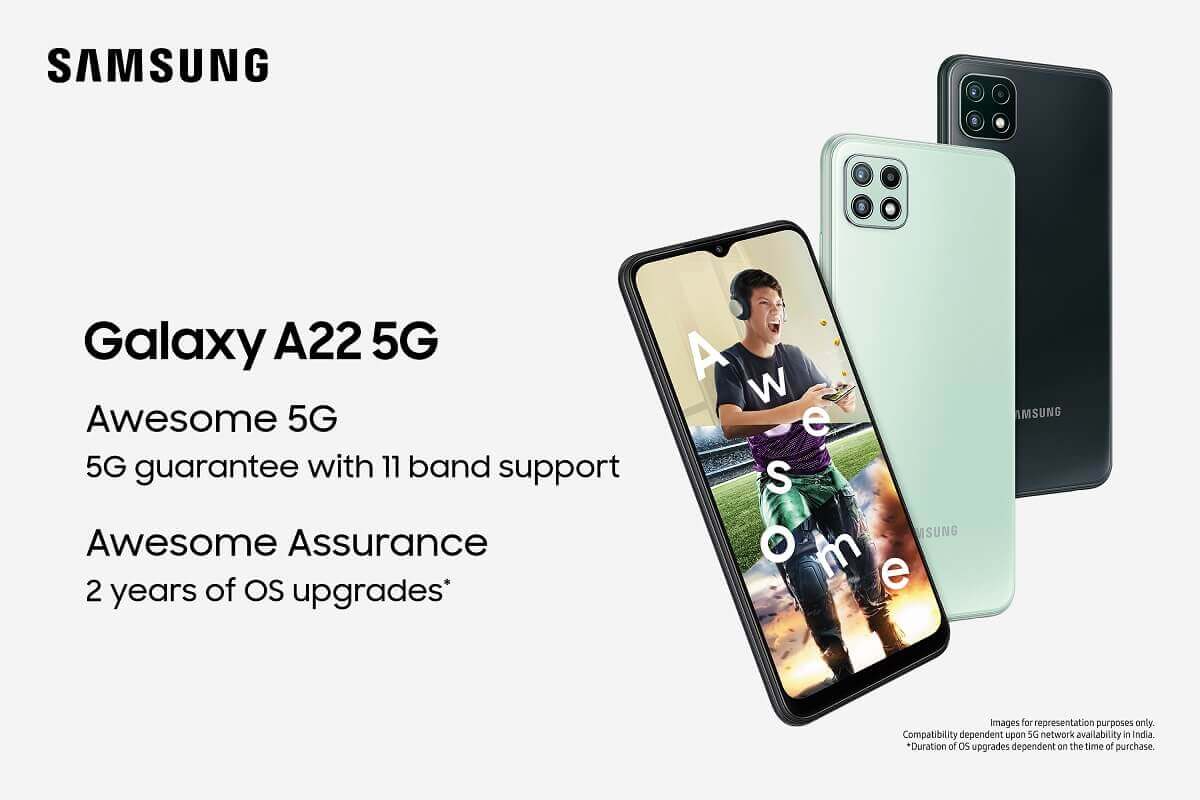 Samsung Galaxy A22 5G: Samsung has launched its most affordable smartphone Samsung Galaxy A22 5G phone in India. This is the first smartphone of the Galaxy A series, which comes with 11 band support with 5G connectivity. It offers super fast speed and ultra-low latency. The phone comes in three color options Grey, Mint, and Violet. It will be sold from July 25 through online portals as well as retail stores and Samsung.com.

Specifications of Galaxy A22 5G

The dual-SIM (Nano) Samsung Galaxy A22 5G runs on Android 11 with One UI Core 3.1 on top and features a 6.6-inch full-HD+ Infinity-V Display with a 90Hz refresh rate. It is powered by an octa-core MediaTek Dimensity 700 SoC, along with up to 8GB of RAM. The smartphone carries the triple rear camera setup that houses the 48-megapixel primary sensor, along with a 5-megapixel ultra-wide shooter and a 2-megapixel depth sensor.

For selfies and video chats, the Samsung Galaxy A22 5G flaunts an 8-megapixel selfie camera sensor at the front. Samsung has provided a 5,000mAh battery on the Galaxy A22 5G that supports 15W charging. Besides, the phone measures 167.2×76.4x9mm and weighs 203 grams.

The Samsung Galaxy A22 5G comes with 128GB of onboard storage as standard that is also expandable via microSD card (up to 1TB). Connectivity options include 5G, 4G LTE, Wi-Fi, Bluetooth, GPS/ A-GPS, and a USB Type-C port. The phone also features a side-mounted fingerprint sensor.