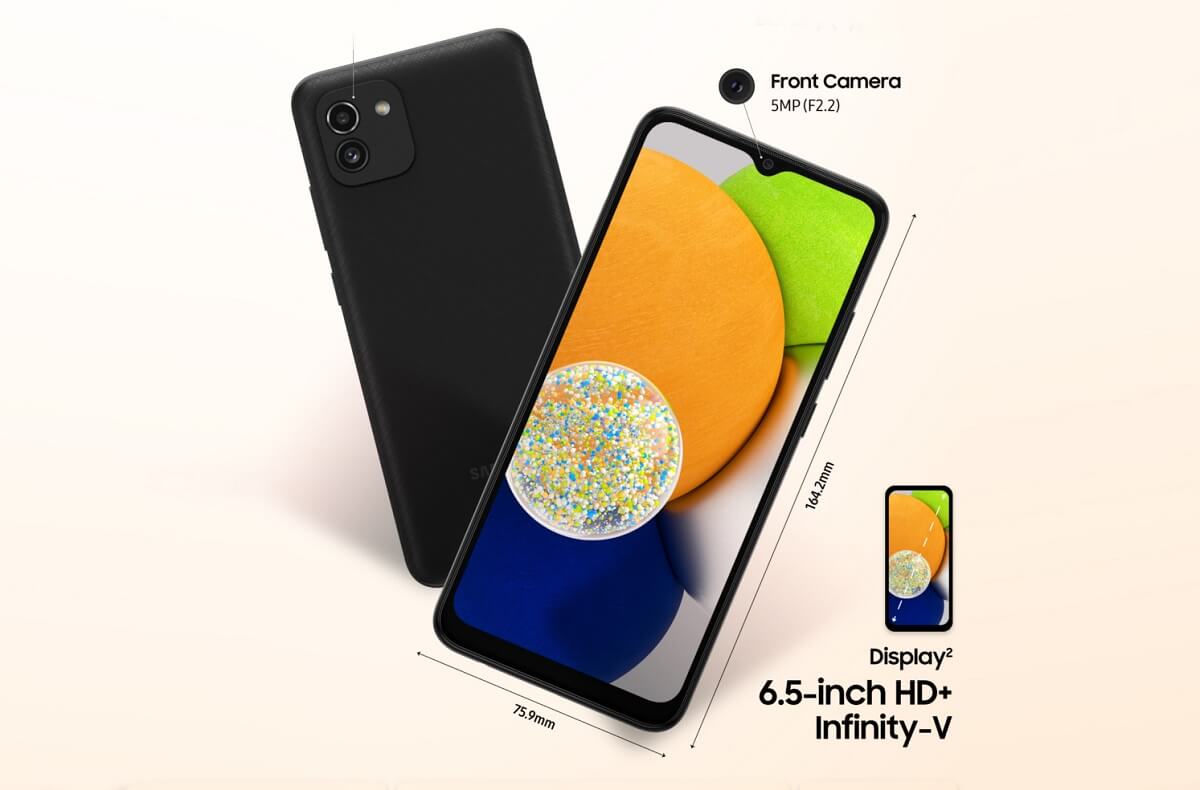 Samsung has launched its budget smartphone Samsung Galaxy A03 Core in India. This is a budget smartphone from Samsung. Which the company has introduced in the competition of JioPhone Next. The phone has been introduced with strong battery support of 5000mAh. The phone has a big display of 6.5 inches. Also, powerful octa-core processor support has been given. The A03 Core smartphone will come in two colors Black and Blue.

Samsung Galaxy A03 Core smartphone has been introduced in 2 GB RAM and 32GB storage option. The price of the phone is Rs 7,999. It can be purchased from all retail stores, Samsung.com, and leading online portals. Smooth curved and textured back support has been provided in the A03 Core smartphone. Due to this, you will get a great grip while watching movies and shows.

The Galaxy A03 Core smartphone has a 6.5-inch Infiniti-V display. Due to which users will get an immersive viewing experience. HD Plus screen resolution has been given in the phone. Its aspect ratio is 20:9. The A03 Core smartphone has been introduced with Octa-core Unisoc SC9863A processor support. The Galaxy A03 Core will come with optimized performance, smooth multitasking, and fast browsing support.

Galaxy A03 Core comes with 32GB internal memory with expandable memory up to 1TB allowing you to store more content without worrying about your smartphone running out of storage.

Galaxy A03 Core has been developed on the latest Android Go platform, which means it comes with lightweight custom apps that are built to use less storage for Android Go OS. These customized apps of Android Go 11 launch 20% faster compared to Android 10 Go, making for a great user experience. Android Go 11 also promises increased safety with its new Safe Folder feature that safeguards all that you want via encrypted PIN and pattern.

Starlink To Apply for Satellite Internet Services License in Early 2022