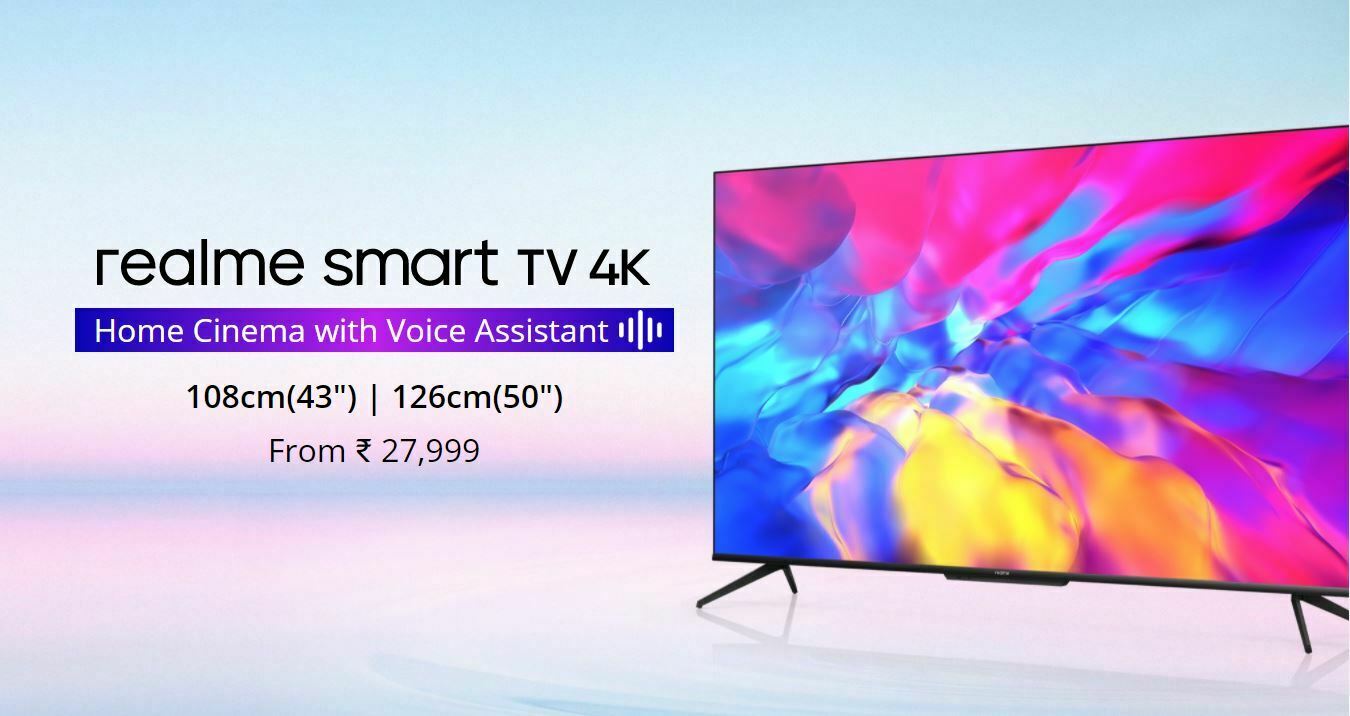 Realme TV 4K Smart TV has arrived in the Indian market. This Smart TV is available in 43 inches and 50 inches screen sizes. MediaTek’s processor and Dolby Vision have been given in Reality TV 4K. Apart from this, Dolby Atmos and audio will be supported on the TV.

Smartphone brand Realme has launched Realme TV 4K in India in addition to Realme X7 Max 5G. This smart TV is available in two screen sizes. Dolby Vision has been given for better viewing in this smart TV. Along with this, the new TV will get support for Dolby Atmos, Audio, and DTS HD including four speakers.

The Realme Smart TV 4K runs on Android TV 10 and comes in 43- and 50-inch screen sizes that both feature a resolution of 3,840×2,160 pixels, a 16:9 aspect ratio, and a 178-degree screen viewing angle. The smart TV is powered by a quad-core MediaTek SoC along with 2GB of RAM. It also comes with 16GB of onboard storage. On the audio front, the Realme Smart TV 4K has four speaker units that jointly deliver a total of 24W output. You’ll also get Dolby Atmos, Dolby Audio, and DTS HD support. There are quad microphones on the TV that enable hands-free voice controls with Google Assistant support.