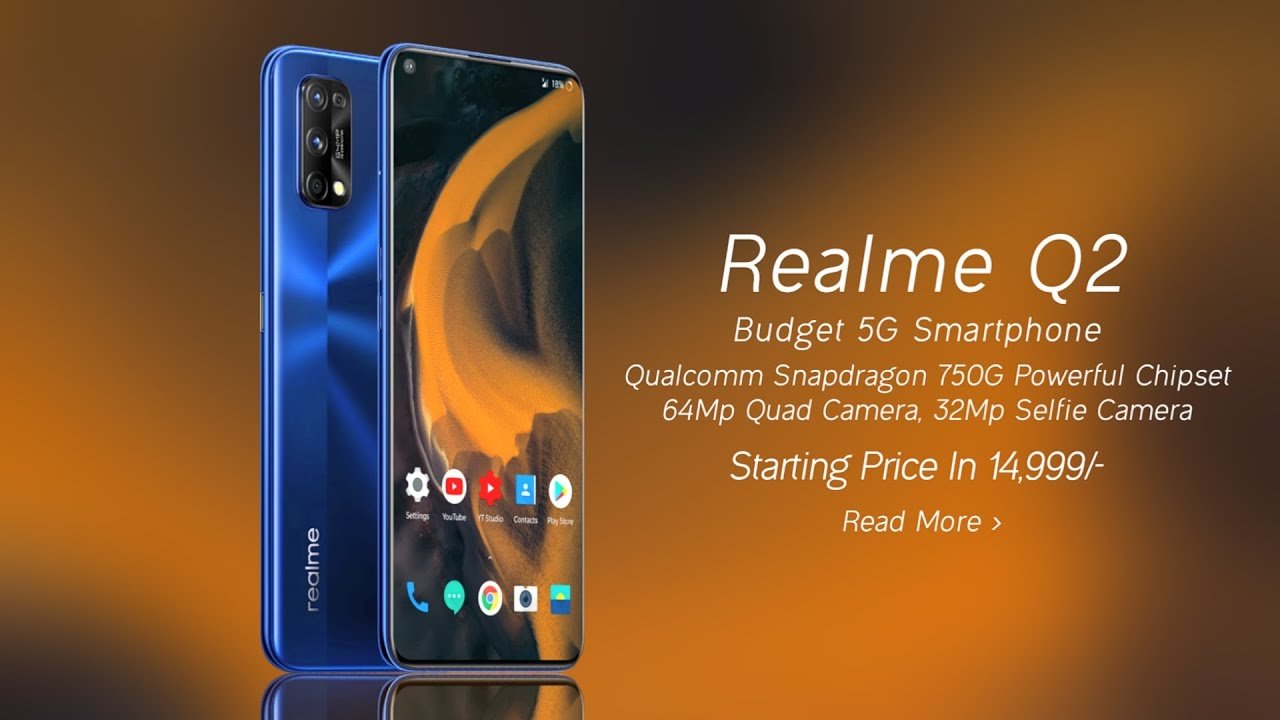 The Realme Q2 smartphone has been spotted on the BIS certification website indicating that the device will soon enter the Indian market. But the company has not yet been informed about the official launching of Realme Q2.

Realme Q2, the new smartphone of Realme, is currently in discussion about its launching in India. Many reports related to the launch of this smartphone have been revealed. Now another report has come out in this episode, from which it has been reported that Q2 has been spotted on the BIS certification website. It is clear from this listing that this device will soon knock in the Indian market. However, no information has been given from the company yet about the launch and price of Realme Q2.

The Realme Q2 smartphone has a 6.5-inch FHD Plus LCD display with a refresh rate of 120Hz. This phone has a 5000mAh battery with MediaTek Dimensity 800U processor. The battery of this phone supports 30 W fast charging feature. Apart from this, triple camera setup has been given in this device, which has a 48MP primary sensor, 8MP ultra-wide-angle lens and 2MP macro lens. Also, a 16MP selfie camera has been given at the front of the phone.

The dual-SIM (Nano) smartphone runs on Android 10 with Realme UI on top. It features a 6.5-inch full-HD+ (1,080×2,400 pixels) display with 120Hz refresh rate. The phone is powered by the octa-core MediaTek Dimensity 800U SoC, coupled with up to 6GB of RAM. It houses a triple rear camera setup that includes a 48-megapixel primary sensor with an f/1.8 lens. The setup also comes with an 8-megapixel wide-angle shooter and a 2-megapixel macro shooter. Realme Q2 also features a 16-megapixel camera sensor at the front, with an f/2.1 lens.

Talking about other features, Realme Q2 has a side-mounted fingerprint scanner. Apart from this, features such as 5G, 4G, Bluetooth, Wi-Fi, GPS, GLONASS, 3.5mm audio jack and USB Type-C port have been provided for connectivity in this phone.

Notably, the company recently introduced Realme X7 Pro 5G. The price of this phone is 16,990 THB i.e. around Rs 41,000. Realme X7 Pro smartphone comes with dual SIM and 5G support. This smartphone has a 6.55-inch AMOLED display, which has a refresh rate of 120Hz. Also, Dimensity 1000+ processor of MediaTek, 8GB RAM, and 128GB storage has been given on the phone.

Talking about the camera, the company has given the Realme X7 Pro 5G smartphone quad-camera setup, in which the first is a 64MP Sony IMX 686 primary sensor, the second 8MP ultra-wide-angle lens, the third is a 2MP macro and the fourth is a 2MP depth sensor. Apart from this, camera features such as AI Beauty and Portrait Mode have been provided with a 32MP selfie camera in front of the phone.

Lava to Launch ‘Made In India’ Smartphones on January 7