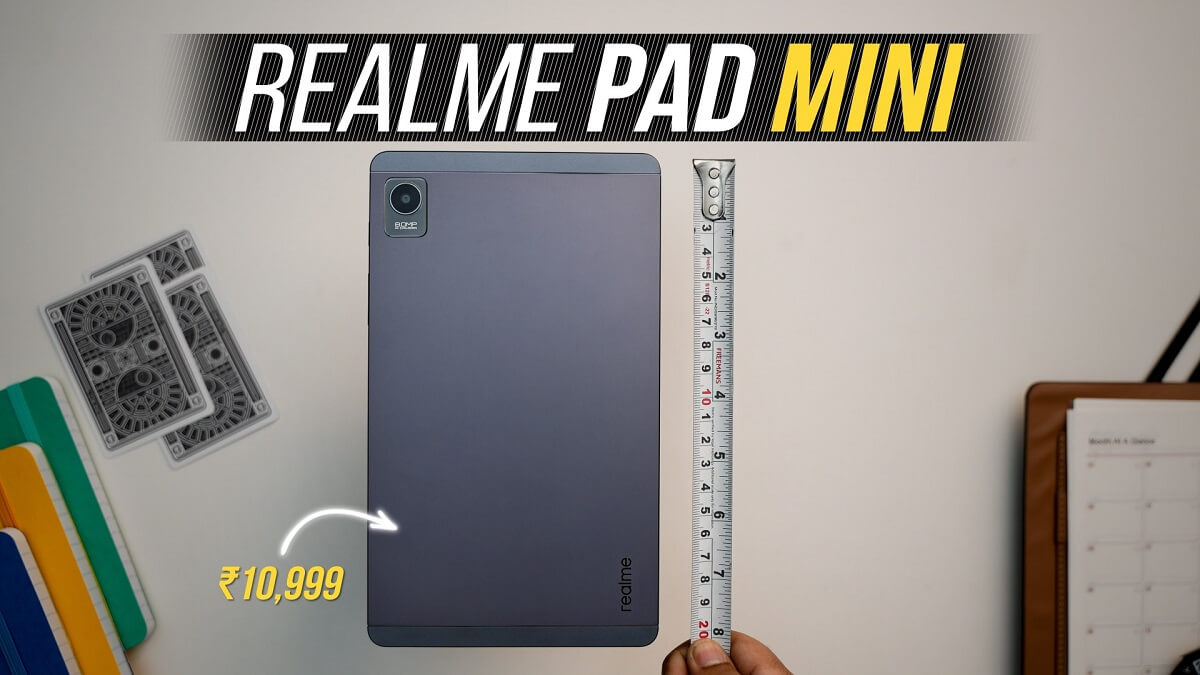 Realme Pad Mini tablet has been launched in India. This tab has an 8-megapixel rear camera and octa-core Unisoc T616 processor. This tab will be available for purchase on Flipkart, Realme.com and offline retailers at a starting price of 10999.

Realme has launched its tablet Realme Pad Mini in India. This tab has been launched today i.e. on April 29 with Realme GT Neo 3 and Realme Smart TV X FHD. The Realme Pad Mini is the company’s latest Android tablet. It has an 8.7-inch display and an 8-megapixel rear camera.

The Realme Pad mini features an 8.7-inch (1,340×800 pixels) display with a screen-to-body ratio of 84.59 percent. Its LCD panel supports a sunlight mode, which helps the tablet to deliver maximum brightness when using it outdoors. It is powered by an octa-core Unisoc T616 processor paired with Mali-G57 MP1 GPU and up to 4GB of RAM. Apart from this, the tab also comes with up to 64GB of onboard UFS 2.1 storage which is expandable up to 1TB via microSD card. Realme has introduced an 8-megapixel camera in its new tablet, while it has a 5-megapixel camera sensor on the front.

Connectivity options on the Realme Pad Mini include Wi-Fi, Bluetooth v5.0, and a USB Type-C port. The tablet also comes with 4G connectivity (optional). Apart from this, the Realme Pad Mini has dual stereo speakers. It also packs a 6,400mAh battery with 18W fast charging support. This inbuilt battery provides up to 15.8 hours of video streaming on a single charge.

Meant for students, the Realme Pad Mini features an 8.7-inch LCD with a resolution of 1340×800 pixels. There are thin bezels on two sides, but the remaining two sides have thicker bezels to let you hold the tablet without obscuring the screen. The tablet is powered by an entry-level Unisoc T616 processor paired with a Mali-G57 GPU. You get 3GB and 4GB RAM options on the tablet as well as storage configurations of 32GB and 64GB. To expand the storage, the tablet has a microSD card slot. You get an optional LTE model that allows you to use a SIM card to make calls and access the internet.