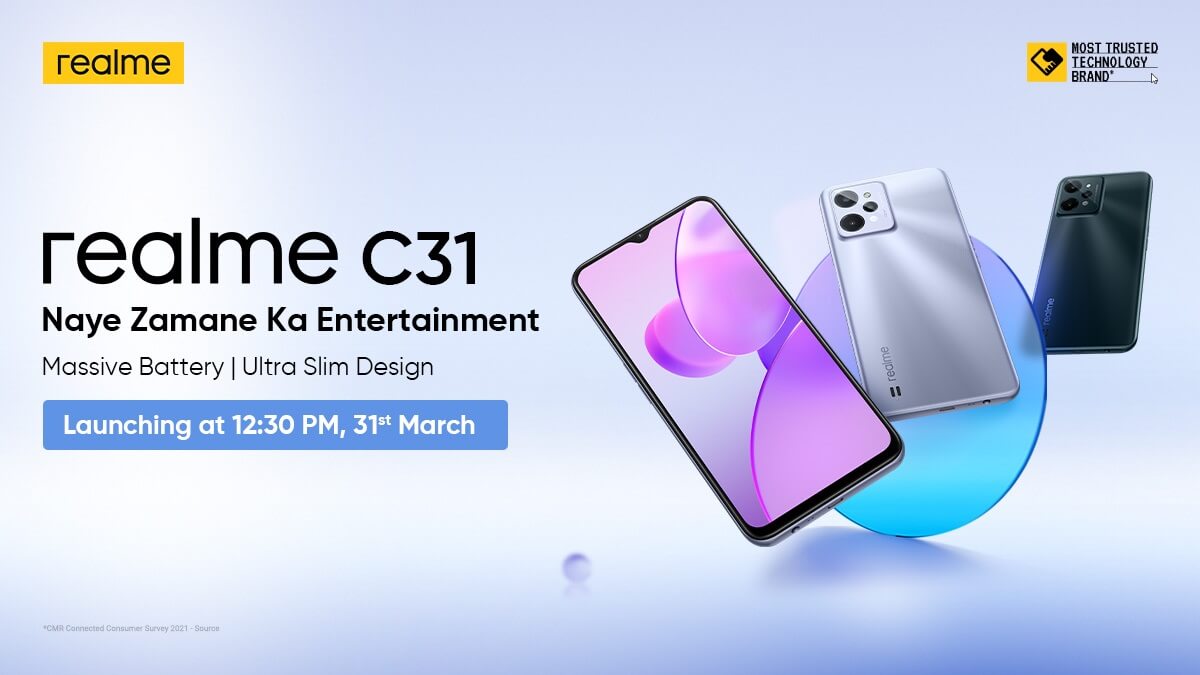 Realme’s new smartphone Realme C31 is ready for launch in India. This will be the budget smartphone of the company. Which can be launched in less than Rs 10000.

If we talk about the battery, then the Realme 31 smartphone can be offered with 5000mAh battery. The phone will come with Ultra Saving Battery Mode. The 13MP AI triple rear camera has been given in the C31 smartphone. Its primary lens will be 13 megapixels. Apart from this, a macro lens and third portrait lens will be given. The phone will get a 5 megapixel camera for selfie. For connectivity, the C31 has 4G LTE, Wi-Fi, Bluetooth v5, 3.5mm headphone jack and USB Type-C port.

On the imaging front, the C31 carries a triple rear camera setup that consists of a 13-megapixel primary sensor, an unknown macro sensor, and a monochrome sensor. The front of the phone gets a 5-megapixel camera. This device runs on the customised Realme UI R version which is built over the Android 11 operating system. Realme C31 comes loaded with a 5000mAh battery that should be adequate for most users.

After Realme C31, Realme GT 2 Pro will be launched on 7 April 2022 at 12.30 pm. This is the world’s first paper inspired design phone. Which has been designed by industrial designer Naoto Fukasawa. The phone will come with Snapdragon 8 Generation 1 chipset support. This is the world’s first 2K AMOLED flat display phone. Which will come with LTPO 2.0 technology. The phone has a 6.7-inch AMOLED display. Whose peak brightness lev is 1400nits. The screen refresh rate of the phone will be 120Hz.