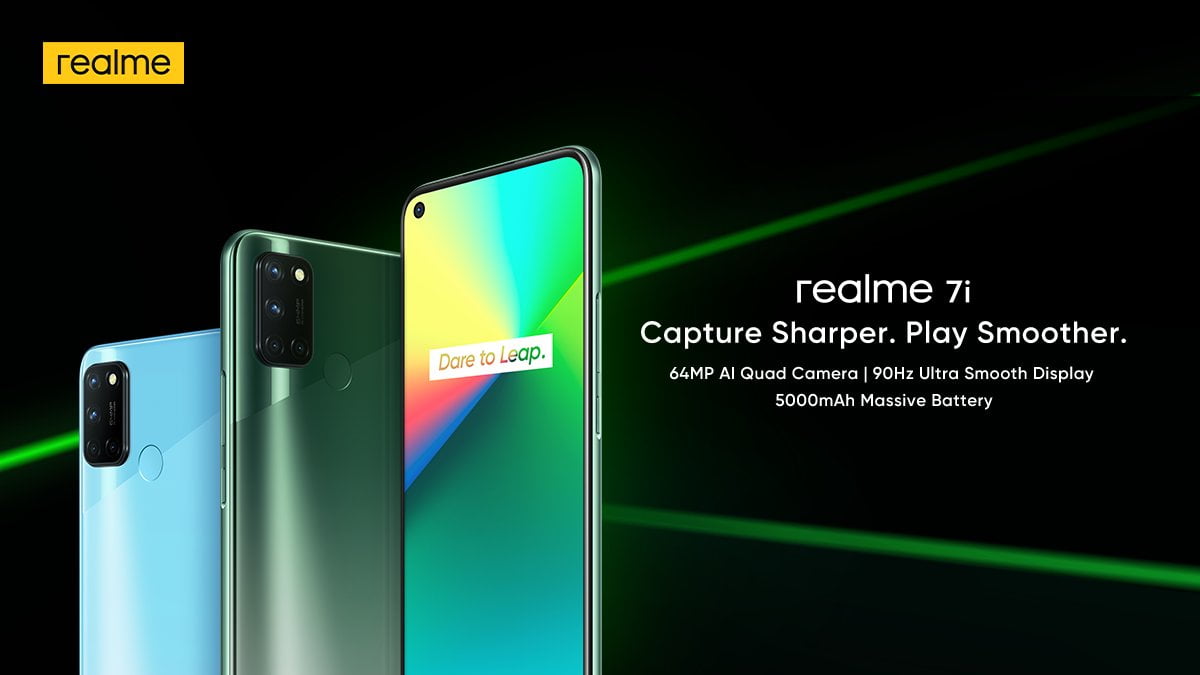 In Realme 7i, users will get a great camera setup and punch-hole display as well as many special features. In the Indian market, this smartphone will be made available on the company’s official website and e-commerce site Flipkart.

The good news for Indian users waiting for Realme 7i is that the company has officially launched this smartphone in India. By the way, before India, it has knocked in Indonesia. As a special feature in Realme 7i, quad rear camera setup and strong battery capacity have been given. In India, this smartphone will be made available in two storage variants. Let’s know about its price and features from the details.

Realme 7i Price and Availability

The 4GB + 64GB model of Realme 7i is priced at Rs 11,999. While the 4GB + 128GB model has been launched in India at a price of Rs 12,999. This smartphone will be available in Fusion Green and Fusion Blue color variants. Its sale will start from October 16. Users will be able to buy it from the company’s official website Realme.com, e-commerce site Flipkart and offline stores.

The dual-SIM (Nano) Realme 7i works on Realme UI with Android 10. It has a 6.5-inch HD + display. Which comes with a 90Hz refresh rate and a screen resolution of 720×1,600 pixels. This smartphone is equipped with an octa-core Qualcomm Snapdragon 662 processor and the storage given in it can be expanded with the help of a MicroSD card.

The smartphone is backed by a 5,000mAh battery for power backup, that comes with 18W fast charging support. In this smartphone, you have the convenience of features such as 4G LTE, Dual-Band Wi-Fi, Bluetooth 5.0, GPS, USB Type C port, and 3.5mm headphone jack as connectivity features.

Realme 7i has up to 128GB of onboard UFS 2.1 storage that is expandable via microSD card. Sensors on the phone include an accelerometer, ambient light, and a proximity sensor. There is also a rear-mounted fingerprint sensor.