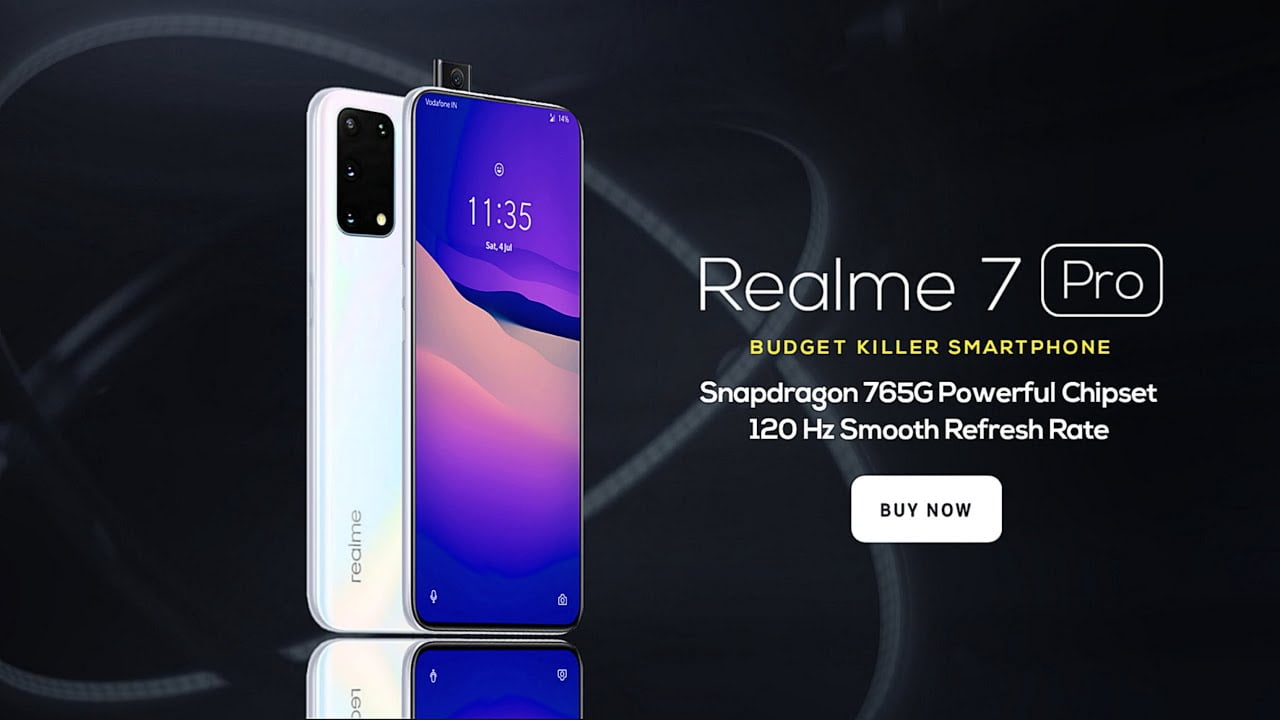 Realme 7 Pro has features such as 65W SuperDART charger support and quad rear camera setup. This smartphone has been launched in India in two storage variants.

The smart device has been launched in India in two storage variants. The 6GB + 128GB storage model of this smartphone is priced at Rs 19,999. While the 8GB + 128GB storage model has been launched at a price of Rs 21,999. This smartphone will be available in mirror blue and mirror white color variants. Talking about its availability, it will be made available for sale for the first time on September 14 at 12 noon. Users will be able to buy it from the company’s official website from the e-commerce site Flipkart.

Realme-7 Pro has a 6.4-inch Super AMOLED display, whose screen resolution is 1,080×2,400 pixels and aspect ratio is 90.8 percent. Based on Android 10 OS, this smartphone works on the octa-core Qualcomm Snapdragon 720G processor. MicroSD card support has also been provided to expand the storage given in it.

The Realme 7 Pro comes with 128GB of UFS 2.1 onboard storage as a standard. The built-in storage is also expandable via a microSD card through a dedicated slot. Connectivity options on the Realme 7 Pro include 4G VoLTE, Wi-Fi 802.11ac, Bluetooth v5.0, GPS/ A-GPS/ NavIC, and a USB Type-C port. Sensors onboard include an accelerometer, ambient light, gyroscope, and a proximity sensor. The smartphone also has an in-display fingerprint sensor.