PUBG Mobile Lite is available for download on the Google Play Store in several regions of South Asia, Africa, and East Europe

PUBG Mobile Lite is now receiving a massive 0.14.1 update which adds a new Golden Woods map to the game. According to the company, the Golden Woods map offers a tight battleground with small towns to loot and shoot in. The map also features unique shrubbery for intense combat scenarios.

Besides the Golden Woods map, the 0.14.1 update also brings several new features to PUBG Mobile Lite. The update adds New Winner Pass season, achievement system, title system, new Arcade mode, powerful gears, and new vehicles. When PUBG Mobile Lite was launched in July this year, the game did not offer many modes and maps to choose from, but Tencent Games is slowly adding new features and making it a feature-rich game. 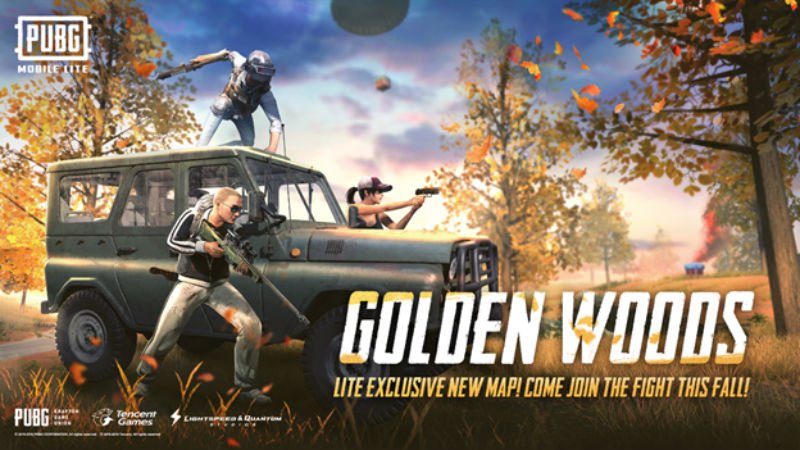 As mentioned above, the PUBG Mobile Lite 0.14.1 update brings a slew of new features to the table. Firstly, there’s a new Winner Pass season added to the game; For the unaware, Winner Pass is similar to Royale Pass in PUBG Mobile and it now has a new season. Also, there’s a new Achievement System that allows users to access the challenges in the Missions Menu. By completing the Missions, users will be able to get valuable prices.

Moving on, the 0.14.1 update also brings Title System to PUBG Mobile Lite. Title System allows users to unlock achievements and gain experience, they can rise among the ranks to acquire boast-worthy combat titles. PUBG Mobile Lite also gets a new Arcade mode which is the same War mode as PUBG Mobile where players can fight with RPG-7.

PUBG Mobile Lite is available for download on the Google Play Store in several regions of South Asia, Africa, and East Europe. Compared to PUBG Mobile, the PUBG Mobile Lite boasts a smaller download size and supports more mobile devices with less than 2GB of RAM. PUBG Mobile was launched back at the start of 2018 for Android and iOS smartphones, but for smartphones with less RAM, the original game did not allow players to have smooth gameplay. This is the sole reason why Tencent Games released a Lite version of PUBG Mobile.

PUBG Mobile Lite is optimized for smartphones with less RAM and the company has worked towards optimizing details like characters, maps and more for better visuals. Compared to PUBG Mobile, the PUBG Mobile Lite will offer better loot which will come as a relief for players who always do a hot drop.