PUBG Mobile 0.15.0 Update to Get Helicopters and Rocket Launchers With ‘Payload Mode’

PUBG Mobile will soon be getting a new Payload Mode where players get access to heavy weaponry and the ability to fly helicopters.

We have reported in the past that PUBG Mobile is supposed to get a new update where players will be able to fly helicopters and even get use heavy artillery like rocket and grenade launchers. Well, we now have an official confirmation from PUBG Mobile itself thanks to an Instagram post.

PUBG Mobile has announced that a new Payload Mode is coming with update 0.15.0. It will be a part of the Arcade Mode and a preview image of the mode confirms the fact that it will include heavy weaponry as well as the ability to fly helicopters. 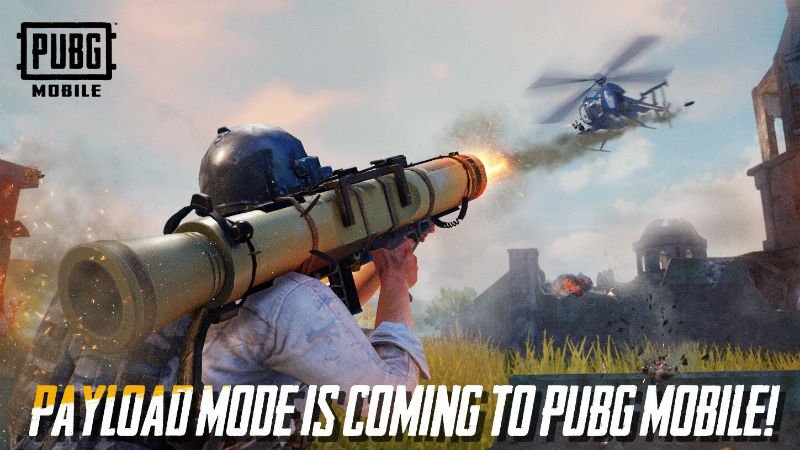 We were expecting the new mode to arrive on update 0.14.5, but it seems we would have to wait a little longer. PUBG Mobile hasn’t confirmed release date, but it is definitely going to be an exciting addition to the game. We’ve seen this mode in early beta updates which will allow you to fly helicopters and will include weapons like the M3E1-A rocket launcher, the MGL and M79 grenade launchers and RPG-7.

Season 9 is also around the corner as the official release date was announced a couple of days back. The new season will be rolling out on September 13 which was confirmed on the official PUBG Mobile Twitter account. Early leaks for season 9 have already dropped and from what we can understand, the new season will release with a new update, specifically 0.14.5. Thanks to various leaks online, we know that the next season will have a new theme called ‘Warriors Unite’ with the usual set of new clothing, skins, emotes, and other rewards.