Copyright 2021 - All Right Reserved
Home Games PUBG Now Rolling Out 0.16.0 Update; Here is Everything You Should Know
GamesNews

PUBG Now Rolling Out 0.16.0 Update; Here is Everything You Should Know

PUBG Mobile is effectively the foremost well known mobile game right now. Nevertheless, what keeps the players trapped onto this Battle Royale game is the oddity that they get to involvement each once in a whereas. PUBG Corporation has been known to bring fast existing updates to its game which way better the encounter for the gamers and bring new elements into the game. 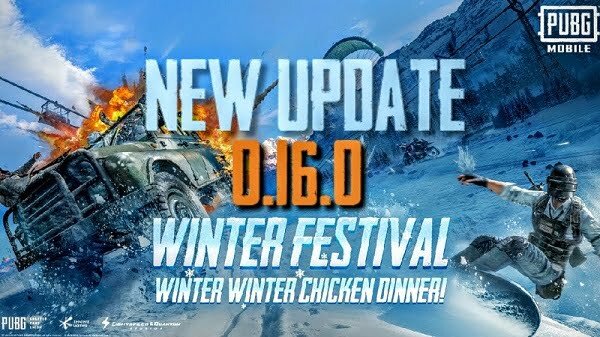 Tencent Games has just started rolling out the much-awaited PUBG Mobile 0.16.0 update. The update brings a lot of new changes including the all-new RageGear mode. Apart from that, the update also brings in new Classic mode features like Snow Paradise and Healing Updates. Here’s everything you need to know as a PUBG player.

PUBG Mobile is now rolling out a new 0.16.0 update starting from December 11. The new update will introduce the death race mode called ‘RageGear’, new snow mode and much more. The PUBG Mobile 0.16.0 will be sized 0.67 GB and will be available to both Android and iOS users. Under this update, the reward will include 50 silver coins, 2,888 BP and a 3-day winter dress. These rewards will be available for those who update it before December 17.

PUBG Mobile 0.16.0 will add a button on the screen where users can switch FPP from TPP in Classic, Arcade and Training grounds. The update also comes with an ability of healing while moving for medical items including medkits, painkillers, bandages, and others.

In this mode there will be two teams and the players will be assigned as the drivers and shooters. Each vehicle will be installed with powerful weapons, including Gatling, mounted Shotgun and mounted RPG. RageGear-TDM mode- In this mode, the player will get 1 point for destroying the enemy. Whichever team will achieve the target and score first, will win. In pick up mode, if a team collects the required number of point crates first wins. Point crates collected are lost once the vehicle is destroyed.

Players have a chance to enter Snow Paradise when queuing for Erangel in Classic mode. Once players enter the match, they will be able to take cable cars on snow mountains and play freestyle snowboarding. In November, PUBG Mobile released a new 0.15.5 update with a new map called The Ruins. The update also brought in a new MP5K sub-machine gun and a new character called Sara.

Now, Solo players will be able to invite their teammates for another match once the match gets over. Also, low-tier players will no longer be able to spectate high-tier players. Apart from all the above changes, the game has received quite a lot of bug fixes and improvements to offer a much better experience overall.

Realme Buds Air May Be Equipped With Wireless Charging Support Listed on Flipkart for Rs 4,999