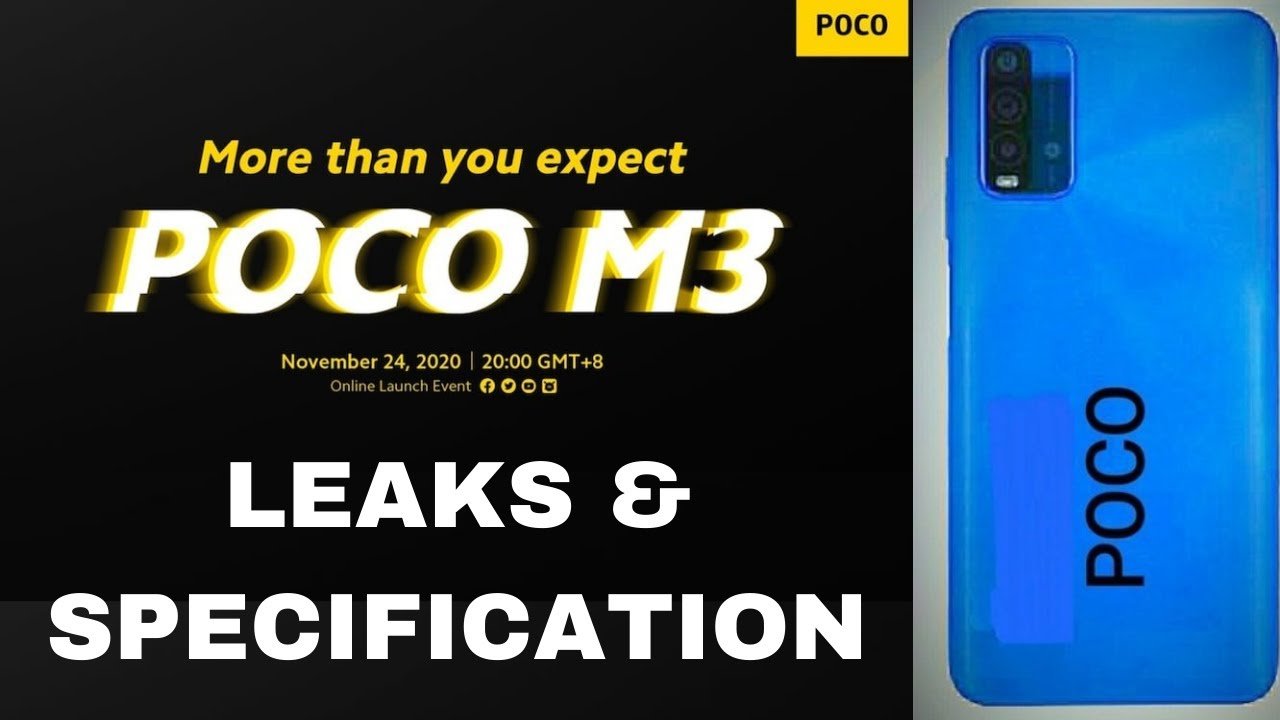 The launch of POCO M3 has been announced. This phone will be launched in the global market next week.

Smartphone manufacturer Poco has announced the launch of its new device POCO M3. The POCO M3 smartphone will be launched globally on 24 November 2020 through an online event. Let us tell you that the company had earlier launched POCO M2 in the global market.

Official details about Poco M3 are yet to be revealed. However, Poco Marketing Manager and Global Spokesperson Angus Kai Ho Ng last month teased that a new Poco phone would arrive before the end of 2020. It is speculated to be a rebadged Redmi Note 10 that has been a part of the rumor mill with model number M2010J19CG. This handset appeared on Geekbench with an octa-core SoC. A Chinese version of Redmi Note 10 also recently surfaced on the China Compulsory Certificate (3C) website with model number M2010J19SC.

According to leaked reports, the POCO M3 smartphone will come with a 6.53-inch FHD Plus display. For better performance in this phone, Snapdragon 662 processor and 4GB RAM will be given. Apart from this, this handset will get a triple rear camera setup and an 8MP selfie camera.

Talking about other features, the company will offer a 6,000mAh battery in the Poco M3 smartphone, which will support 22.5W fast charging feature. Apart from this, connectivity features such as 4G LTE, Wi-Fi, GPS, Bluetooth and USB Type-C port will be provided for connectivity in this phone.

According to media reports, the company will keep the price of POCO M3 in the budget range and it will be launched in the global market with many color options. However, information about the real price and feature of this phone will be found only after launching.

The POCO M2 smartphone was introduced in September. The starting price of this smartphone is Rs 10,999. The POCO M2 smartphone will get a 6.53-inch Full HD Plus display. Corning Gorilla Glass 3 has been used in POCO M2 for screen protection. The phone has used the MediaTek Helio G80 processor. The same graphics have been used for the ARM Mali-G52 GPU, which is considered much better in terms of gaming.

POCO camera setup is provided in POCO M2. Its primary camera is 13MP, while the other camera is an 8MP wide-angle camera with, 2MP depth sensor. The same 5MP micro camera has been given for microphotography. For the same selfie, an 8MP AI selfie camera has been given in the front. The phone has a 5000mAh battery for power backup.

Samsung Galaxy A12 Listed Online Ahead of Launch