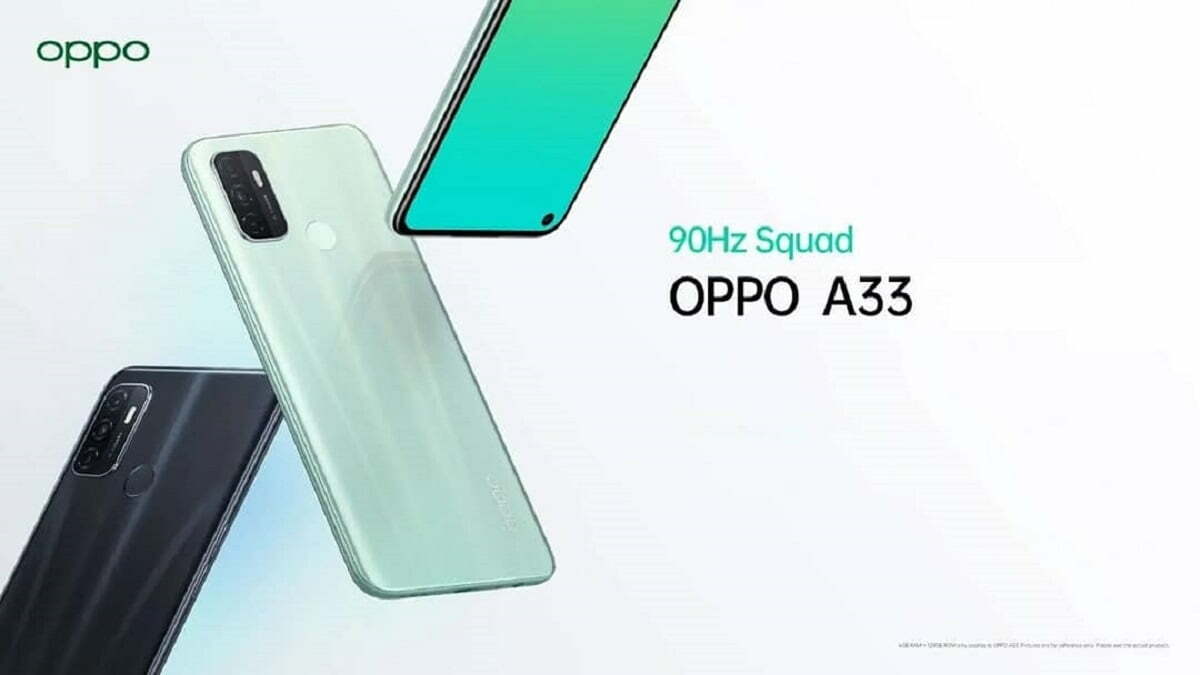 Oppo A33 (2020) has launched as the latest smartphone offering from the company. This phone has been introduced in Indonesia and looks like a slightly trimmed-down version of the Oppo A53 that was launched a while ago. The A33 from Oppo (2020) packs a 5,000mAh battery and is powered by the Qualcomm Snapdragon SoC. It has a triple rear camera setup with a 13-megapixel primary camera. The Oppo A33 (2020) phone sports a hole-punch display to house the selfie camera and a rear fingerprint sensor.

Oppo has officially launched the Oppo A33 (2020) by adding a new smartphone to its A-series. This smartphone has been launched under the low budget range and it is equipped with many powerful features. In this, you will get features such as triple rear camera setup, 5,000mAh battery and and punch-hole display. Currently, the company has launched the A33 (2020) variant in Indonesia. But there has been no disclosure about its launch in India.

Oppo A33 (2020) has been launched in Indonesia with a price of IDR 22,99,000 i.e. around Rs 11,300. This smartphone will be available in single storage variants. It has 4GB RAM and 32GB internal memory. Its sale will start from October 1 and users will be able to buy in Indonesia from the company’s official website.

Oppo A33 (2020) works on ColorOS 7.2 based on Android 10 OS. This smartphone has a 6.5-inch LCD display with a 90Hz refresh rate and a 20: 9 aspect ratio. It is equipped with Qualcomm Snapdragon processor but information about the chipset has not been given. This smartphone has 4GB RAM and 32GB internal storage. Which can be expanded up to 256GB with the help of a microSD card.

Oppo A33 (2020) is the company’s low budget range smartphone and users will get the triple rear camera. This smartphone has a 13MP primary sensor. While there are a 2MP macro shooter and 2MP depth sensor. If you are fond of selfie then you will get an 8MP front camera in it. With the help of which selfie and video calls can be availed. For power backup, Oppo A33 (2020) has a 5,000mAh battery with 18W fast charging support. There is a fingerprint sensor in its back panel.