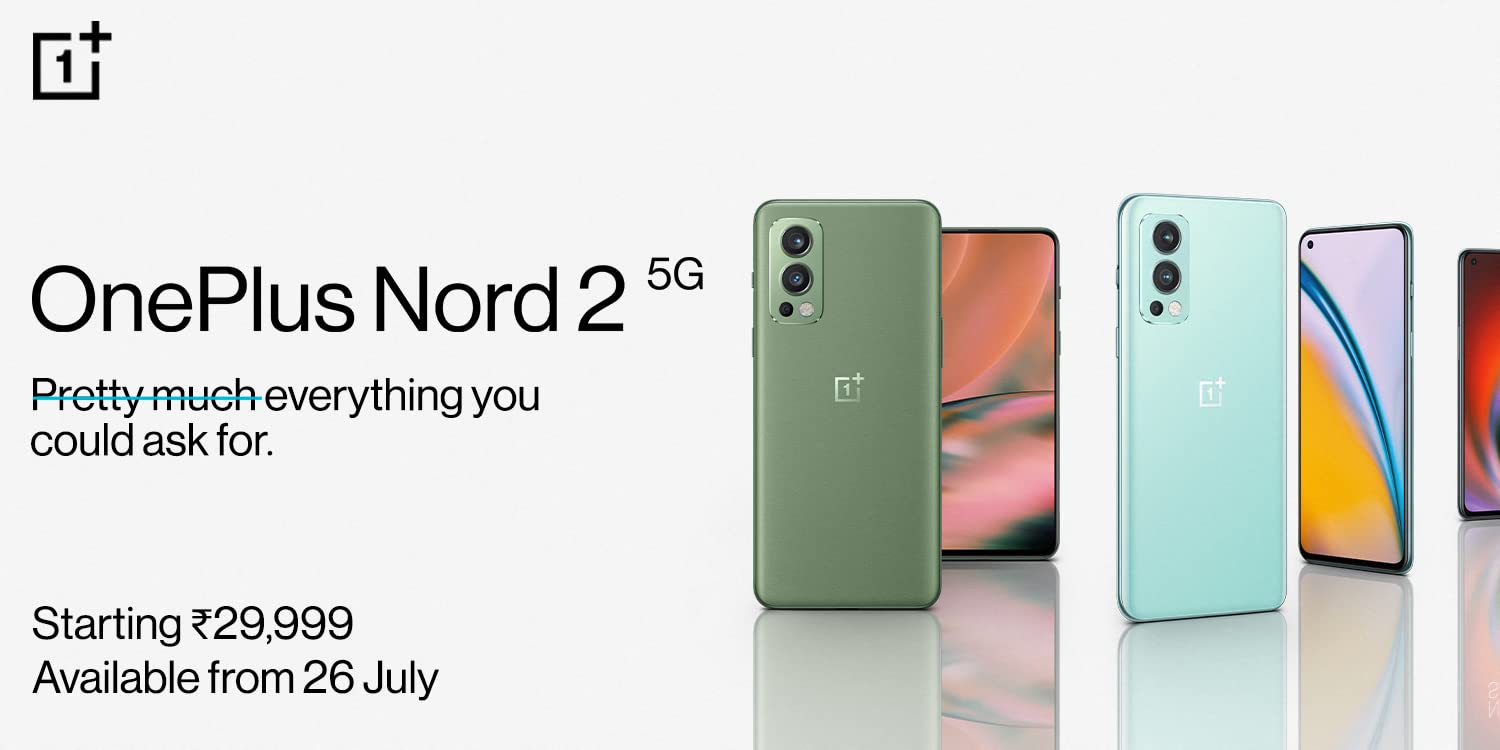 OnePlus Nord 2 5G Launch phone will be available for sale in India for Rs 27,999. The sale of the phone in India will start from July 26. It can be purchased from the e-commerce platform Amazon. The phone will come in Gray Siera Blue Haze and Green Woods color options.

However, it will be avilable to Amazon Prime members with Red Club members of OnePlus.in and the OnePlus Experience Store. While the open sale of the phone will start on July 28. The phone will come in Gray Siera, Blue Haze, and Green Woods color options.

OnePlus Nord 2 5G smartphone has a 6.43-inch Fluid AMOLED display, which is supported with a 90Hz refresh rate. The phone will work on Android 11.3 based Oxygen OS. As a processor, MediaTek Dimenstiy 1200 AI has been supported in the phone. Ultra-fast GPU support has been given to the phone.

OnePlus Nord 2 5G smartphone has a 50MP AI OIS IMX766 triple camera setup, which will be able to record 4k video at 30fps. The 32MP Sony IMX615 camera has been given on the front panel of the phone. For power backup, the phone has a 4500mAh dual-cell battery, which will be supported by 65W Wrap Charger. As for connectivity, Haptics 2.0, Wifi-6 have been supported in the phone. OnePlus Nord 2 5G will get 2 major Android updates and security updates for 3 years.

OnePlus offers the Nord 2 5G in three color options, Gray Sierra, Blue Haze, and the India exclusive Green-Wood. I had a Blue Haze unit with me, and it did not pick up smudges easily. OnePlus also offers a case in the box. The phone weighs 189g and is 8.25mm thick. It does not feel very bulky, and one-handed use is possible.

OnePlus has opted for a MediaTek Dimensity 1200 processor which has been somewhat customised with additional AI processing power to create the Dimensity 1200-AI, according to both companies. This is also a little surprising since other OnePlus devices so far have been powered by Qualcomm’s Snapdragon processors.

There are 6GB, 8GB, and 12GB RAM options, with 128GB of storage for the lower two and 256GB on the highest one. Storage is non-expandable and the Nord 2 5G only has two Nano-SIM slots with support for dual 5G. There is also support for WiFi 6, Bluetooth 5.2, NFC, and five satellite navigation systems. The Nord 2 5G packs in a 4,500mAh battery and comes with a Warp Charge 65W charger in the box.

The OnePlus Nord 2 5G runs OxygenOS 11.3 based on Android 11. My unit had the June Android security patch. The UI is clean and only a few Google and OnePlus apps, plus Netflix, were preinstalled. I did not have any issues navigating through the UI and found it to be intuitive to use.