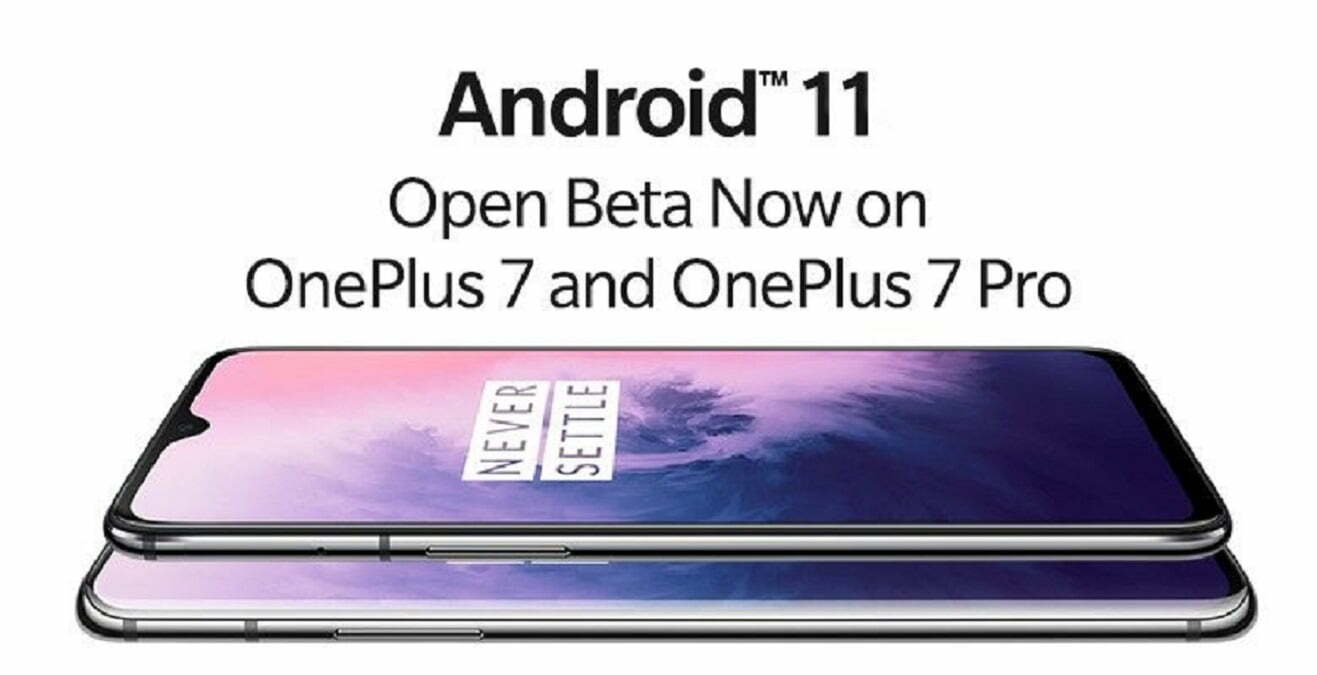 OnePlus has released the update of OxygenOS 11 Open Beta 1 for OnePlus 7, 7 Pro 7T, and 7T Pro. In this update, users will get a new interface and features of Android 11.

Chinese tech company OnePlus has released an update of OxygenOS 11 Open Beta 1 based on Android 11 for OnePlus 7, 7 Pro, 7T and 7T Pro. In this new update, users will get a new interface and new features of Android 11. Apart from this, a shortcut button for dark mode is also provided in the update. Let us know that earlier the beta update was to be released in December 2020, but due to the bug it was not released.

The company took to its online forum to announce the rollout of OxygenOS 11 Open Beta update for the OnePlus 7 Pro and OnePlus 7. This update is compatible only for unlocked non-carrier variants. Users are recommended to ensure that their battery level is above 30 percent and a minimum of 3GB storage is available. It is important to do a full-system backup before beginning the installation process.

The OxygenOS 11 open beta update brings Android 11 software on OnePlus 7 Pro and OnePlus 7 units. It brings a fresh new UI visual design, optimises the stability of some third-party apps and updates the camera UI. There is also a newly added HEVC codec to reduce video storage size seamlessly and a new quick access to recording mode by pressing and holding the shutter button has also been added. Users can also slide the button to zoom in or zoom out.

The update brings a new playback display in time-lapse mode to show the actual filming time. For the ambient display, the update adds a new Insight clock style that will change according to the phone usage data, and there is also a Canvas feature that can automatically draw a wireframe picture based on a lock screen photo on your phone.

The OnePlus 7 Pro and OnePlus 7 OxygenOS 11 Open Beta update adds a shortcut key for Dark Mode in quick settings and allows customisation to automatically switch to dark mode based on the time path. The update adds a weather widget and brings new animations. In Gallery, OnePlus has added a story function that automatically generates weekly videos by collating photos from storage. The update also optimises the loading speed of the gallery, and the image preview is faster.

This will not erase the data, but it is important to do a full backup beforehand, in any case. Follow these steps to install:

If you wish to rollback to previous open beta update, follow these steps. It will erase all contents of the phone.

Talking about the features of the OnePlus 7, it has a 6.41-inch Waterdrop Notch Optic AMOLED display with a resolution of 2340X1080 pixels and an aspect ratio of 19.5: 9. Talking about the processor, it comes with a Qualcomm Snapdragon 855 chipset processor and Adreno GPU 640. The phone works on Oxygen OS based on Android 9 Pie. The phone comes in two RAM options 6GB and 8GB.

The phone has an in-display fingerprint sensor and face unlock feature for security. To give power to the phone, it has a battery of 3,700 mAh.

Nokia 1.4 Price, Specifications, and Colour Options Tipped Ahead of Launch