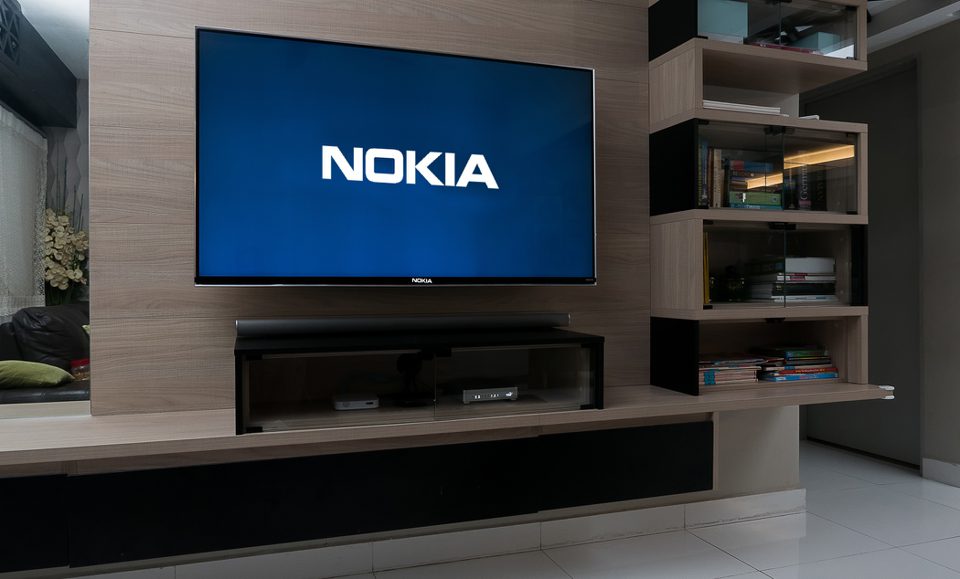 Nokia Smart TV 43-inch model was teased for its launch in March. But the launch of the TV was delayed due to Coronavirus.

Nokia‘s 43-inch smart TV model will be launched in India on 4 June 2020. HMD has been revealed about the smart TV from the company. Nokia’s smart TVs will be sold exclusively on the e-commerce website Flipkart. According to the reports, Nokia Smart TV can be launched between Rs 31,000 to Rs 34,000.

Nokia 43 teased variants were teased by the company on the Nokia website for launching in March. But the launch of the TV was delayed due to the ongoing lockdown caused by Coronavirus. For now, the company is going to launch the new 43-inch Nokia Smart TV on June 4. If you talk about the important features of Nokia’s smart TV, then it has JBL audio and Dolby Vision support.

The company has confirmed that the Smart TV 43-inch model will launch on June 4. The new smart TV will be positioned at a price point ranging between Rs. 31,000 to Rs. 34,000 in India and the Smart TV 43-inch variant will go on sale exclusively via Flipkart. Exact pricing details and offers would be announced closer to launch. Key features on the Nokia Smart TV include JBL Audio and Dolby Vision support.

Nokia’s 43-inch smart TV will be based on the Android 9 operating system. In terms of design, the 43-inch smart TV will look exactly like the 55-inch model. This TV will come in Slim Bezel and V Shape Stand aesthetic design. This smart TV has a quad-core processor, which has been given the Mali-450 MP GPU. Smart TV has 2.25GB RAM and 16GB storage. It has 12W speaker Dolby audio and DTS TruSurround. Nokia’s 55-inch smart TV has Netflix, YouTube, Disney + Hotstar, and Prime Video app support. It can be given Chromecast built0in and it will get the support of Bluetooth v5.0.

The Nokia Smart TV 43-inch will run on the Android 9.0 operating system, and it should most likely offer the same experience as the 55-inch variant. Design-wise, the Nokia Smart TV 43-inch model looks identical to the 55-inch model with slim bezels and the same V-shaped stand aesthetic. The 43-inch model should have the same specifications as the 55-inch model. The larger variant is priced at Rs. 41,999, and it also runs on Android 9 Pie. The 4K Smart TV pack quad-core processor, Mali-450 MP GPU, 2.25GB of RAM, and 16GB storage. There are two 12W speakers onboard with Dolby Audio and DTS TruSurround.

The 55-inch Nokia Smart TV has support for apps like Netflix, YouTube, Disney+ Hotstar, and Prime Video, and the 43-inch model will likely support them as well. It is also expected to offer Chromecast built0in and support for Bluetooth v5.0.