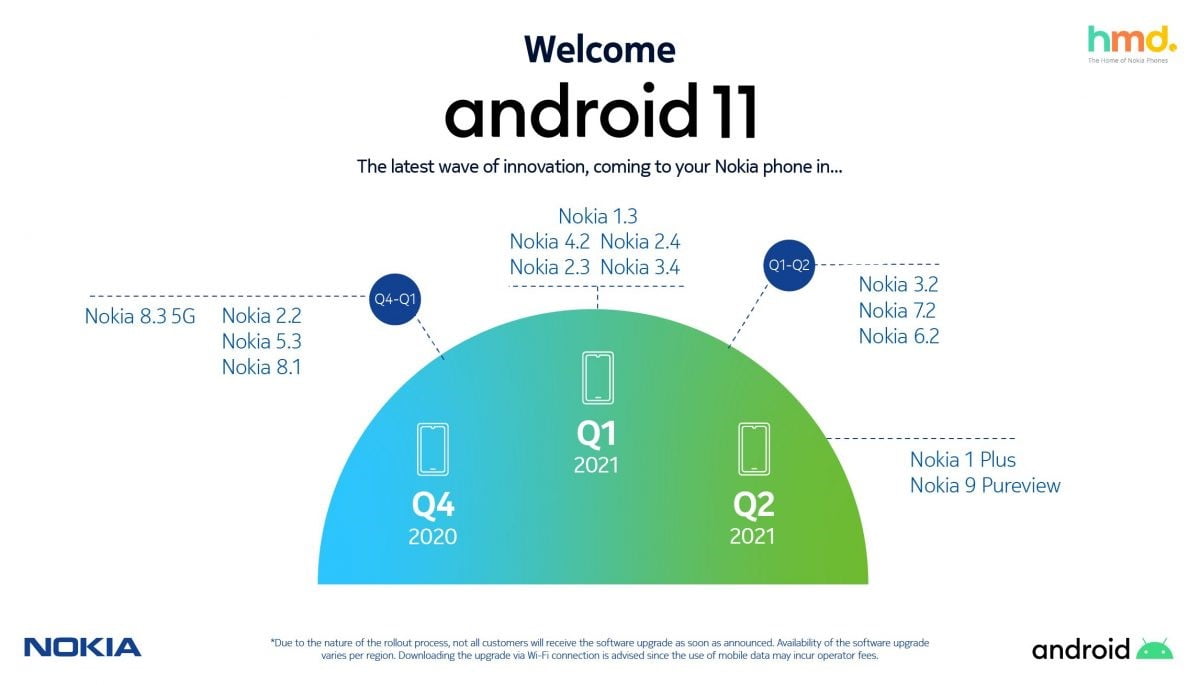 14 devices of Nokia are going to get an Android 11 update from December. These include Nokia 2.2 to Nokia 9 PureView. Earlier, Android 10 was released for Nokia 3.1 and Nokia 5.1.

Google launched Android-11 Go Edition last month. The company says that with the help of the new OS, cheap smartphone users will be able to easily switch between apps. Also, the company also stated that the Android 11 Go edition was first introduced in the year 2018 to give the experience of high-quality smartphones in entry-level devices around the world. This OS has improved the speed of more than 100 million entry-level smartphones by providing users with features. At the same time, the company has launched it with a completely new avatar.

Android-11 Go edition OS will prove to be extremely useful for users who do not want to buy a flagship smartphone with high-end specifications due to budget or those who like to use an entry-level smartphone.

In the Android 11 Go edition, users will get many special features. In this, the conversations feature has been given as the most special feature. With the help of this, users will be able to decide on their own free will which person they want to talk to in the messaging app and whose message to keep in the notification. Apart from this, there will be a one-time permission feature that will allow users to access sensors such as microphones, cameras, and location.