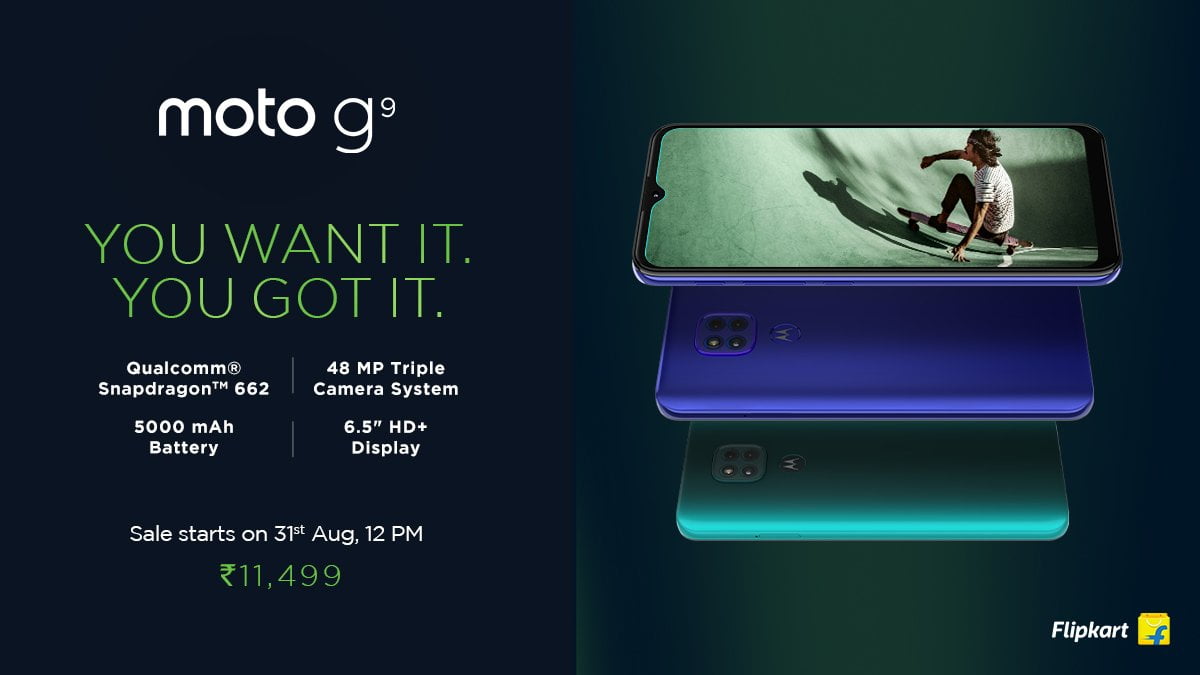 The Moto G9 has a triple rear camera setup and single storage variants. This smartphone will be available for sale in India from August 31

Smartphone manufacturer Motorola has finally launched its stunning handset Moto G9 in India after all the leaks. This latest smartphone has a strong battery with a large 6.5-inch display. Apart from this, this smartphone has got three cameras. Let us tell you that the company had earlier launched the Moto G8 Power Lite smartphone in the Indian market.

The 4GB RAM + 64GB storage model of Motorola’s latest smartphone Moto G9 is priced at Rs 11,499. This smartphone can be purchased in Forrest Green and Sapphire Blue color options. At the same time, the sale of this smartphone will begin on August 31 on the e-commerce site Flipkart.

The Moto G9 features a 6.5-inch HD Plus Max Vision TFT display, with a screen-to-body ratio of 87 percent. This smartphone has an octa-core Qualcomm Snapdragon 662 processor for better performance. At the same time, this smartphone works on the latest Android 10.

Talking about the camera, the Moto G9 has a triple rear camera setup, in which the first is a 48MP primary sensor, the second is a 2MP depth sensor and the third is a 2MP macro lens. Also, an 8MP selfie camera has been given in the front of this smartphone. Apart from this, users will get camera features such as auto-smile capture, HDR, face beauty and manual mode in this smartphone.

The company has given features such as 4G VoLTE, Wi-Fi, GPS, Bluetooth version 5.0, NFC and USB Type-C in terms of connectivity in the Moto G9 smartphone. Apart from this, this smartphone has got the support of 5,000mAh battery, which is equipped with 20 watt fast charging feature. At the same time, this smartphone weighs 200 grams.

LG K31 launched with two cameras and a 3,000mAh battery: Price and Feature