Motorola Moto E7 Power With 5,000mAh Battery, Will Launch in India on February 19 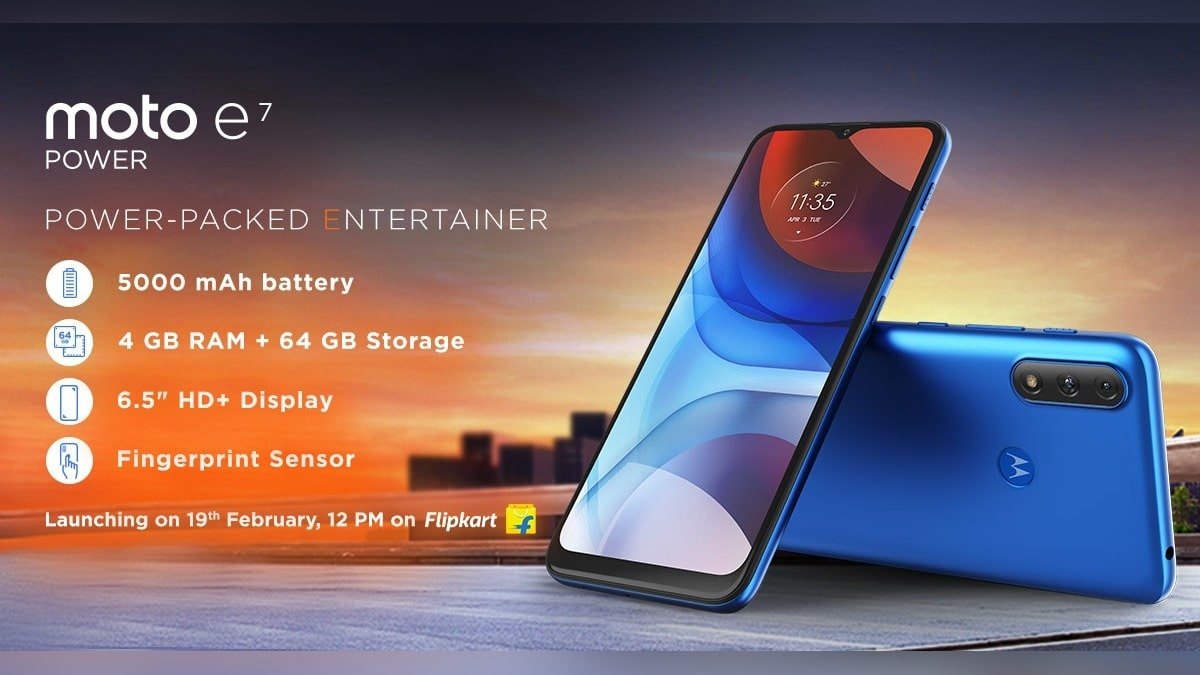 Features like a 5,000mAh strong battery and dual rear camera setup can be given in the Moto E7 Power smartphone. This smartphone will be offered on the MediaTek Helio P22 chipset and will be the company’s budget range smartphone.

Motorola has revealed that the company will refresh its budget Moto E-series in India this week with the new Moto E7 Power. Through a dedicated Flipkart microsite, the smartphone’s key specifications are also out that include dual rear cameras, 5,000mAh battery, and storage option. We can notice the device’s Blue and Red colour options and a fingerprint scanner at the back. As its name suggests, the Motorola Moto E7 Power will be a new addition to the Moto E7 family. The Lenovo-owned company had launched the Moto E7 Plus in India in September 2020.

The Moto E7 Power smartphone has been listed on the e-commerce site Flipkart. Where according to the given information, it will be launched on February 19 at 12 noon. According to the listing, the company will launch it in a single storage variant, with 64GB internal storage with 4GB of RAM.

Some features have been revealed before the launch of the Moto E7 Power smartphone. This smartphone will have a 5,000mAh battery and it will knock the market with 4GB of RAM. Apart from this, 64GB internal storage will be provided in the phone. It will have a 6.5-inch HD Plus display that will come with a screen resolution of 720×1,600 pixels. The phone’s image is also given on Philpart in which its blue color variant is shown. Also, there is a rear mounted fingerprint sensor in the back panel.

The phone has a dual rear camera setup with LED flash, which is present in the vertical design. According to the filter listing, a 13MP primary sensor will be given in it. Apart from this, the volume and power buttons are provided in the side panel. This phone will be based on the stock Android OS and can be offered on the MediaTek Helio P22 chipset.

For photography, Moto E7 Power has been tipped to sport a dual rear camera setup that comprises a 13-megapixel primary snapper and a 2-megapixel secondary sensor. For selfies and video chats, the smartphone may come with a 5-megapixel sensor at the front. The dual camera setup is visible on the latest tweet from Motorola India. However, the company is yet to confirm the sensor details.

Samsung Galaxy A51 Now Getting Android 11 Based One UI 3.0 Update