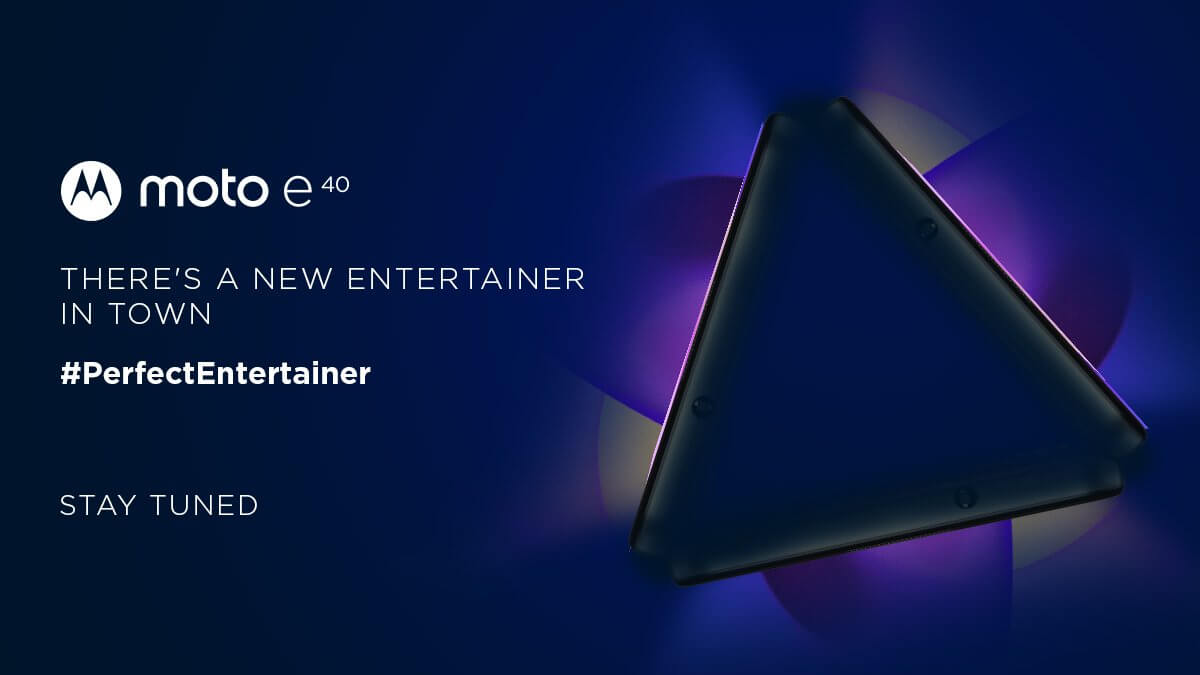 Motorola Moto E40 Launch in India The best-in-class 48MP triple camera system has been given in the Moto E40 smartphone. Also, the phone will come with 90Hz punchhole display support. The phone will come in two color options Pink Clay and Carbon Gray.

Motorola has launched its budget smartphone Moto E40 in India. The phone comes in a single variant 4GB RAM and 64GB storage option. Its starting price is Rs 9,499. The sale of the phone will start on October 17 at 12 noon. The best-in-class 48MP triple camera system has been given in the Moto E40 smartphone. Also, the phone will come with 90Hz punch-hole display support. The phone will come in two color options, Pink Clay and Carbon Gray.

The Moto E40 was originally launched in Europe last week for the price of EUR 149, which translates to roughly Rs 13,000, but the Indian price of the new phone is way less. That is because of the competition here. At this price, you have better phones, such as Redmi 10 Prime or Realme 8i. Motorola’s own Moto G9 Power is a better phone in terms of specifications, so it makes sense the Moto E40 costs less. Let us talk about the price and then the specifications.

The Motorola Moto E40 costs Rs 9,499 for the variant with 4GB of RAM and 64GB of storage. It comes in Carbon Grey and Pink Clay colours and will go on sale at 12 am on October 17 from Flipkart.

The Moto E40 smartphone has a 6.5-inch HD + IPS LCD. 90Hz refresh rate support has been given in the phone. 400nits screen brightness has been given in Moto E40. A 1.8 GHz Octa-Core Unisoc T700 SoC chipset has been used in the Moto E40 smartphone. The phone supports 4GB RAM and 64GB internal storage. With the help of a memory card, the phone’s space can be increased up to 512GB.