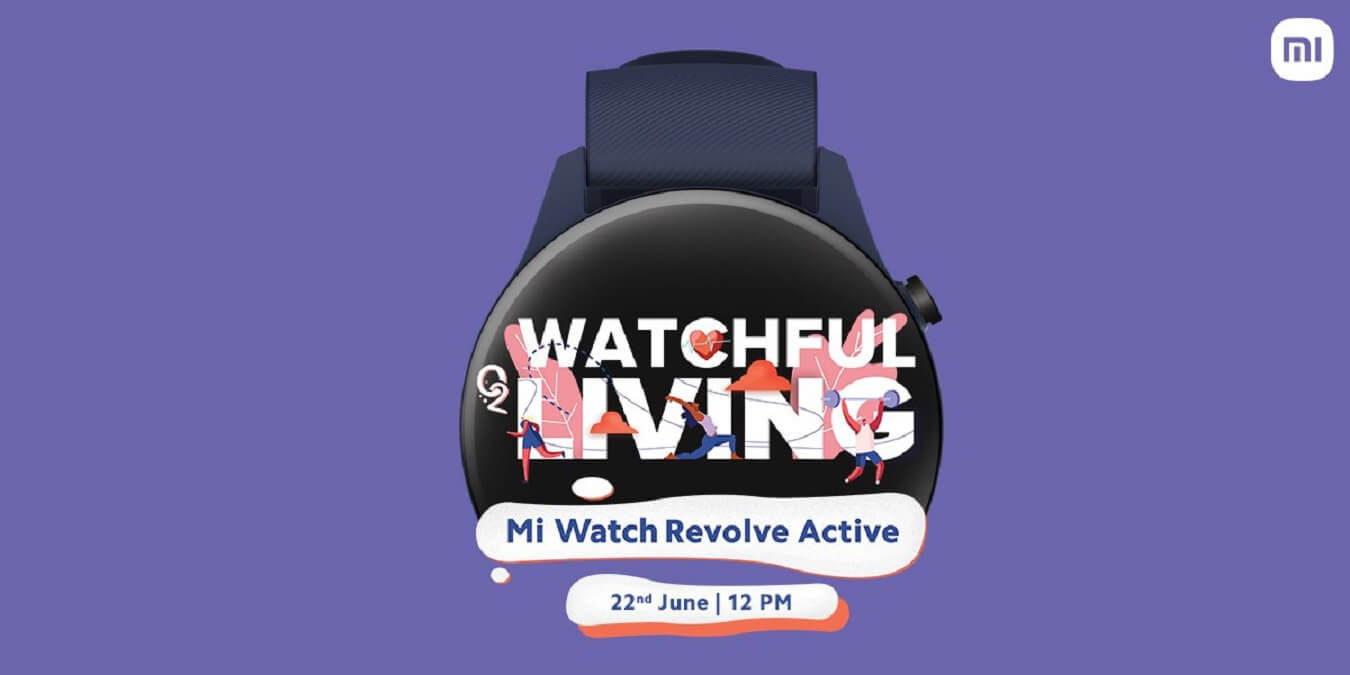 Xiaomi is set to launch a new smartwatch in India called Mi Watch Revolve Active. This was confirmed by the company via a tweet, which also includes the date and time of the unveiling.

The smartwatch is listed with the tagline Happier minds and Healthier bodies. Also, it has been listed on Amazon India. A microsite related to the launch of the smartwatch has been made life, according to which the Mi Watch Revolve Active is listed with SpO2. Meaning smartwatches will get amazing features like blood oxygen saturation monitoring.

Meanwhile, the listing on the Mi.com site shows off some of the key features of the Mi Watch Revolve Active. The smartwatch will come with SpO2 monitor for blood oxygen saturation monitoring and have an Amazon Alexa integration. It will additionally be capable of providing call and app notifications. The fitness-focussed smartwatch will have built-in GPS and include pre-installed features such as body energy monitor and heart rate monitor.