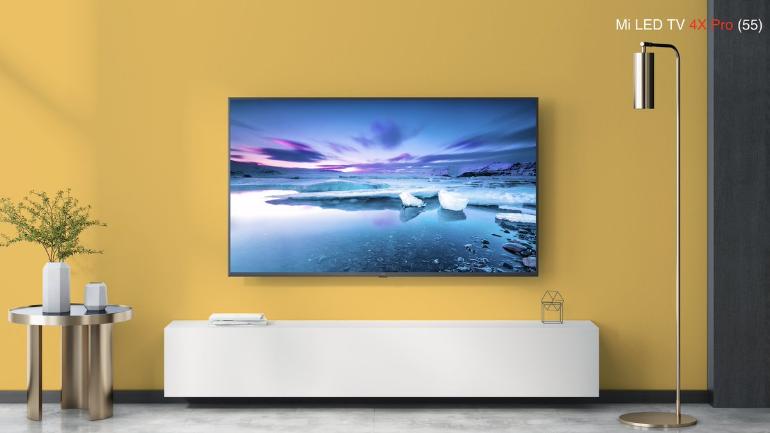 Xiaomi’s Mi TV 4A series customers can now update to Android 9.0 in their smart TV. The update will roll out in a phased manner so you might not see the update instantly.

After disrupting the smartphone market with its tempting prices, Xiaomi has also taken a good number of share of smart TV sales within its Mi TV. These Mi TVs are amazingly popular across the country. The Mi TV 4A, which was launched in 2018 with Patchwall UI based on Android Nougat, is now getting an update to Android Pie-based OS.

Xiaomi India announced that its Mi TV 4A 32-inch and 43-inch variants would start getting the Android TV 9.0 update starting from today. Mi TV 4A series was launched in India in February 2018. Initially, the update was expected to roll out to the Mi TV 4A series in early 2019, Xiaomi has announced a pilot testing program for the Android Pie update on the Mi TV 4A 32-inch and 43-inch models and is seeking early testers for the update, and they were encountered with some technical glitch, performance issues due to which the rollout has been delayed.

The smart TV comes with The 1080p full HD screen features the powerful 7th generation picture quality engine that delivers a quality entertainment experience with an inbuilt 64-bit quad-core processor, 1GB RAM + 8GB Storage. Initially, the Mi TV 4A series was not running in the Android TV platform, Xiaomi has taken up this challenge and now it’s accomplished with the Android 9.0 update.

The Mi 4A series offers the complete cinematic experience at home. The featured Full HD LED display delivers on clarity and color. The improved graphics engine reduces noise, enhances brightness and renders a rich range of colors. Binge watchers can rejoice as the Android TV integrates PatchWall that comes with more than 700,000 hours of content suited for the entire family. Enjoy cinematic sound quality with dual 10W stereo speakers.

Xiaomi has launched its first Smart TV variance with 4A series in February 2018. The company has introduced a three-screen variant option as 55-inch priced at Rs 39,999, 43-inch priced at Rs 22,999 and 32-inch priced at Rs 12,499 in India. All the variants are PatchWall UI that comes with more than 700,000 hours of content suited for the entire family. 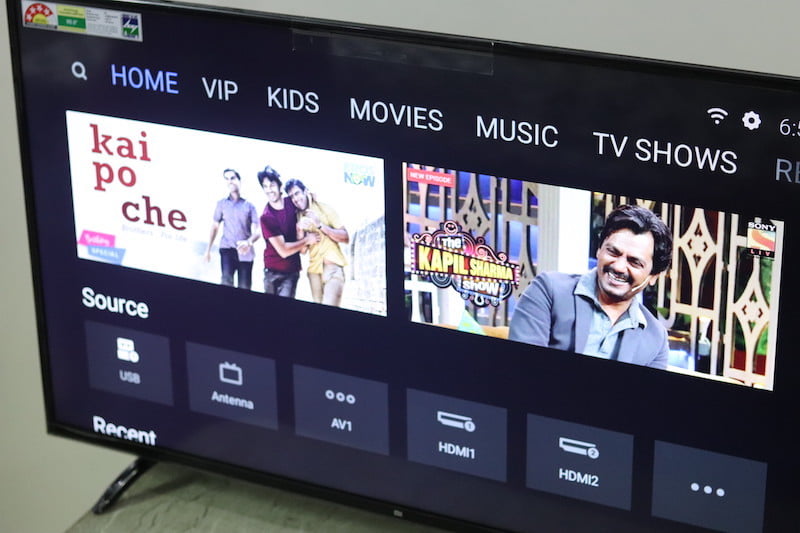 However, the Android 9.0 update is now rolled out to the two variants which are 43-inch and 32-inch screen size variant. Xiaomi did not yet reveal the update for Mi TV 4A 55-inch model, but we’re expecting the company must start the rollout to its premium Smart TV very soon which maybe after 100% rollout to these two variants and checking on the customer experience of the new UI. Now all the Xiaomi Smart TVs will have the Android TV out of the box in India as we have seen the update is already being available in recently launched Mi TV 4A Pro series TV.

While announcing about the Android 9.0 update in its two oldest Smart TVs, “Mi TV India for #MiFans” revealed key features which the Android 9.0 will bring to these two smart TVs. It says the update will enable built-in Chromecast, Data Saver, YouTube, Google Play Store, Google Play Movies and many more. We did not find any default app options for Netflix and Amazon Prime Videos app in the update event which was earlier confirmed by Xiaomi back in September 2018 launch event.