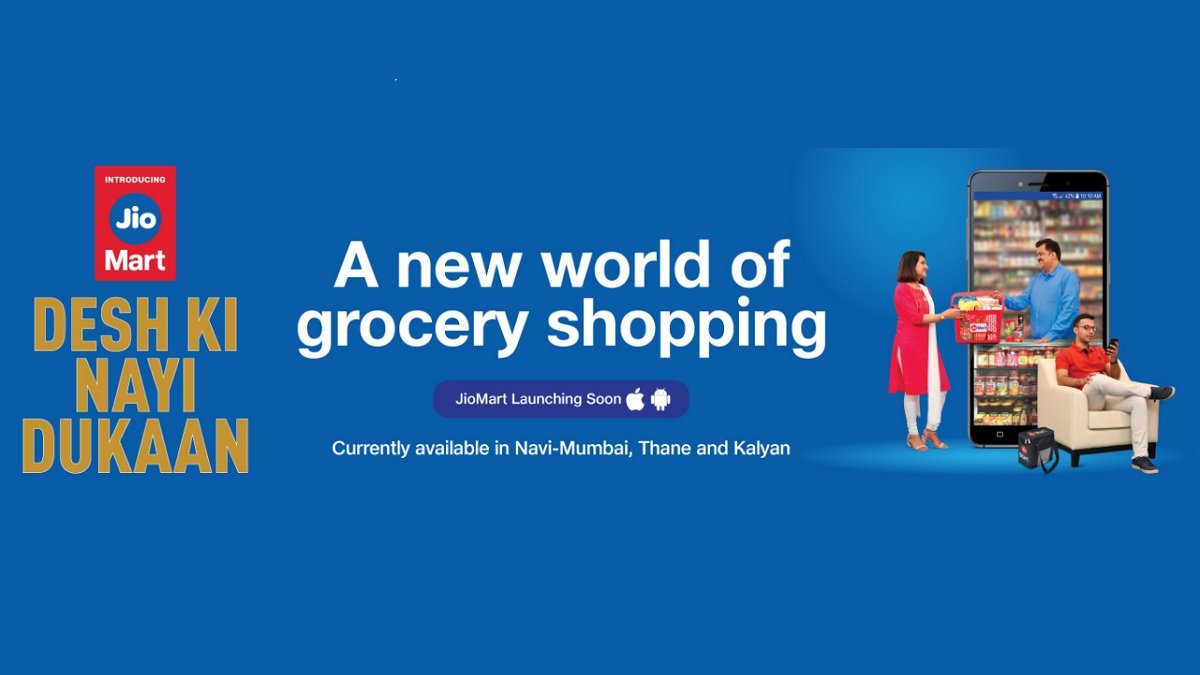 In addition to grocery, JioMart is planning to enter electronics fashion pharmaceutical and healthcare business.

According to an app ranking company, the Jio Mart app is also a leader in the overall shopping segment. At the same time, Apple has reached second place on the Indian Play Store and third on the Google Play Store in the Indian rankings. 2.5 million orders are being booked daily on Jio Mart, which is the highest in the online grocery segment. With the Jio Mart app, customers will be able to shop from all platforms like Android and Apple ios. Till earlier, orders could be booked only on the website from Jio Mart App. However, even after the arrival of the app, the old account of the customers will remain the same.

Consumers who use both apps, as well as the portal interface on different devices, can seamlessly migrate between the platforms with their login id and access their previous orders and cart items.

Jio Mart made its debut in 200 cities in the last week of this year. For the first time, customers in 90 cities were involved in online shopping for groceries. With its launch, Geomart is ready to beat its rivals. Most of the items available at Jio Mart are 5% cheaper than other similar platforms. The prices of branded goods have also been kept somewhat low.

The beta platform jiomart.com was launched simultaneously in nearly 200 cities and towns across the country towards the end of March. The extensive availability of the JioMart platform across the country truly democratized digital shopping for essentials by bringing the online ordering service to several tier II and tier III towns.

Reliance Industries chairman Mukesh Ambani recently spoke about the expansion of JioMart. In addition to grocery, electronics, fashion, pharmaceutical, and healthcare sectors were also talked about. While announcing the deal with Facebook, Mukesh Ambani talked about adding 12 crore farmers and 3 crore grocery shops in the country. According to a report by global broker house Goldman-Sachs, Reliance’s partnership with Facebook could result in the company becoming the market leader in the online grocery space. The company is expected to have a 50 percent market share by 2024.

Also, during the recent AGM of RIL Chairman and Managing Director Mukesh Ambani had informed about JioMart now taking over 2.5 lakh daily orders from across the country and the number is rising very fast with every single day. Elaborating on the ambitious expansion plan of JioMart he had said “JioMart is now focused on scaling its geographical reach and delivery capabilities. JioMart is obsessed with providing convenience and superior shopping experience to consumers. In addition to grocery, we will expand JioMart to cover electronics, fashion, pharmaceutical, and healthcare in the days ahead. In the coming years, we will cover many more cities, serve many more customers across India, and expand to many more categories.”

Post the announcement of JioMart at the AGM, analysts are upbeat about the JioMart initiative in their reports with Goldman Sachs stating “We believe RIL’s partnership with Facebook could result in the company becoming a market leader in the online grocery space, with more than 50 percent share by 2024.“