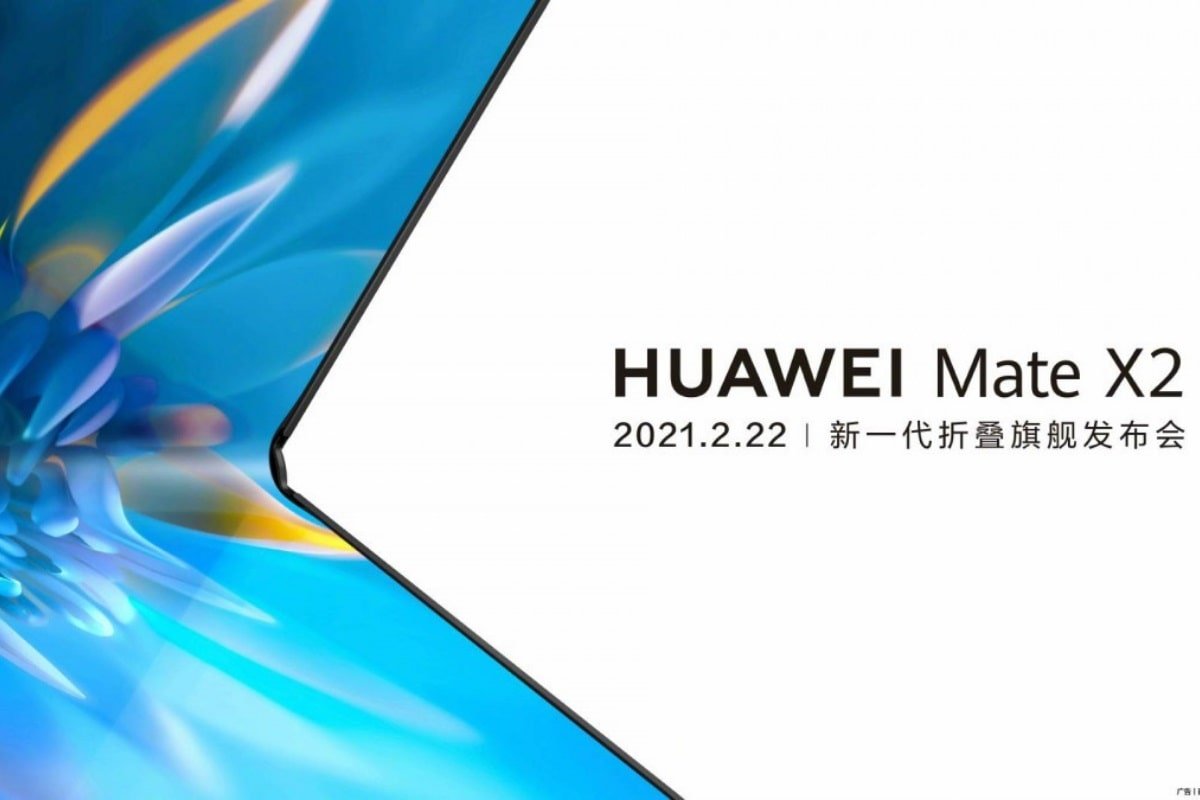 The Huawei Mate X2 smartphone has a folding display and can be given a 120Hz refresh rate. In this, users can be given powerful performance capability and powerful battery in addition to the quad rear camera setup.

The launch date of the Huawei Mate X2 smartphone has been revealed. This smartphone will hit the market on 22 February. This will be the next foldable smartphone of the company in which users will get the facility of foldable display. Earlier, the company has launched Mate X and Mate XS in the market. At the same time, the company is going to launch the Mate X2, furthering this series.

According to the teaser, Huawei Mate X2 will be launched on February 22. Also, the folding display design has been given in the shared image and it will use much thinner bezels than the Mate X and Mate XS. However, the company has not officially made any announcement regarding the launch of Huawei Mate X2.

Many leaks and revelations have been revealed so far regarding the Huawei Mate X2 smartphone. According to which this smartphone has an 8.01 inch inward folding display. Whose screen resolution is 2,480×2,200 pixels and it can be given a 120Hz refresh rate. A 6.45 inch secondary display can be given in the phone.

This smartphone can be offered on Huawei Hisilicon 9000 processor. For power backup, it can be given a 4,400mAh battery with 66W fast charging support. The quad rear camera setup can be given in the phone and its primary sensor will be 50MP. It will be based on Android 10 OS and can be given a 16MP selfie camera. Which will be less than 10x hybrid zoom feature.

Having said this, in the past days, the model number TET-AN00 and TET-AN10 have been spot on the certification site TEENA. After which it is being speculated that the company can launch this smartphone in two different variants. For more information related to this, the launch will have to wait.

Last month, a tipster claimed that the Huawei Mate X2 would come with an 8.01-inch (2,480×2,200 pixels) inward-folding display and a 120Hz refresh rate, along with a secondary 6.45-inch (1,160×2,270 pixels) display. It is also rumored to have a quad rear camera setup with a 50-megapixel primary sensor. Further, the Huawei Mate X2 is said to have a 10x hybrid zoom and a 16-megapixel selfie camera. The smartphone is also speculated to run on Android 10.