Google Tangi App Will Compete With Tiktok, Will Get Many Special Features

Google has launched its short video making app Google Tangi compete with TikTok which will support both mobile and web platforms.

The video making app TikTok has become very popular across the country and the number of fans is increasing continuously. On TikTok, not only the youth but also the children and the elderly are also sharing the entertaining videos. At the same time, the giant technology company Google has launched its shot video making app Tangi compete with TikTok. This is a short video making app just like TikTok but it is launched not for entertainment but for Tutorial. 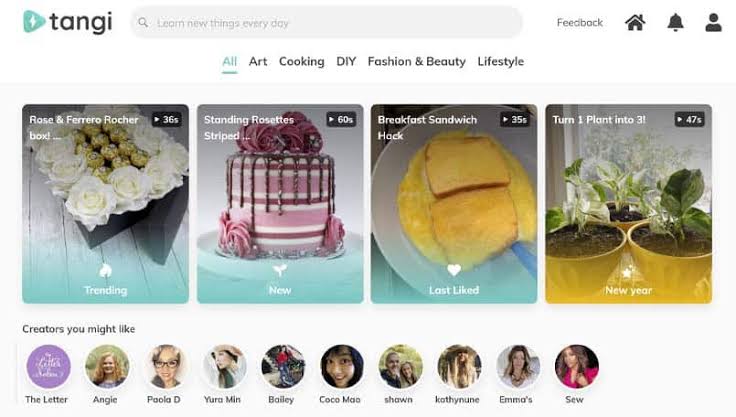 Talking about the Google Tangi app, the company’s purpose behind this company launch is not only entertainment, but it will be used as education and tutorials. In simple words, in Google Tangi, you can create and share videos of How To type, so that will be very useful for others. With the help of these videos, other users will be able to learn many new things. Whereas TikTok is used only for making entertaining videos.

Google Tangi is currently available for Apple users on both the iPhone and web versions and can be downloaded from the Apple Store. At present, the app has not been listed on the Google Play Store, but it is expected that the company may soon make it available to Android users.

Talking about Google Tangi, users can also create a 60-second video and share it like TikTok. But this video has been introduced for the purpose of teaching education or something to the users. In this, you will get different categories like cooking, lifestyle, art, fashion, and beauty, on the basis of which you can make your own videos. For example, if you are making a video in the fashion category, then you can tell about something new or style related to fashion in it. This app can prove to be quite interesting and useful for users.

Tata Sky Now Offering Multi-TV Subscribers, NCF Will Not Have To Pay More Than Rs 64