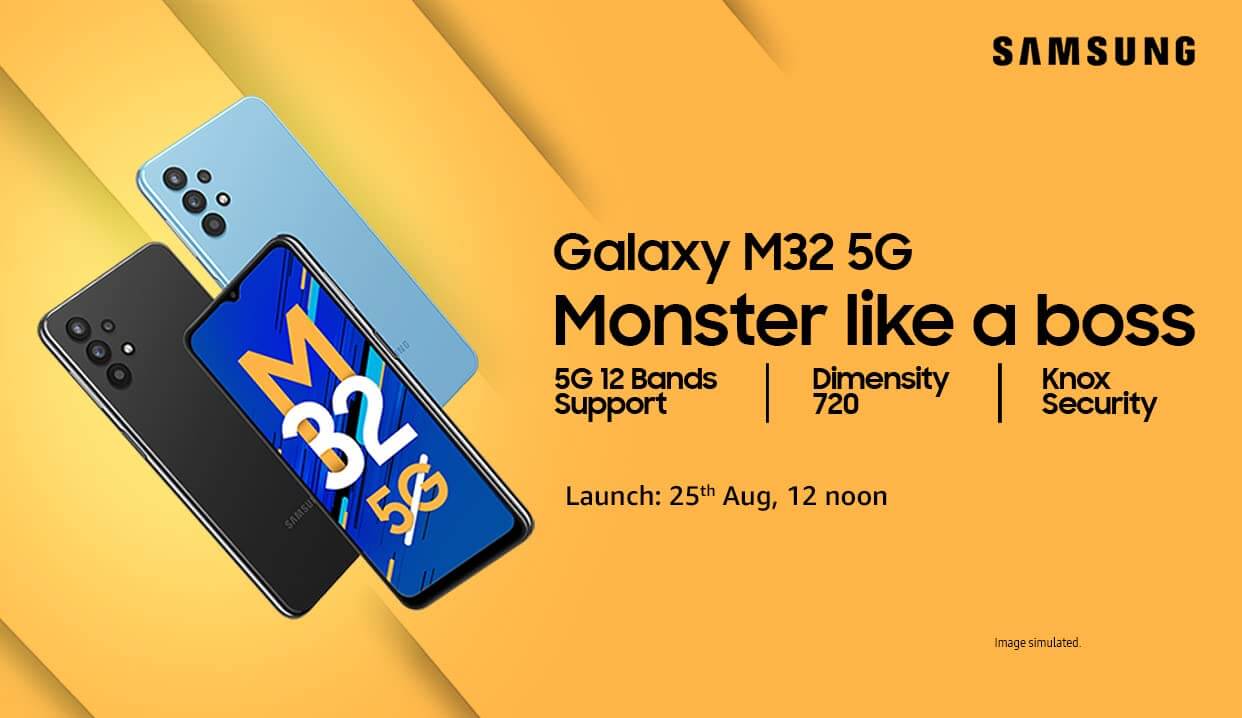 Samsung Galaxy M32 5G Launch This is the company’s most powerful mid-range 5G smartphone. 12 5G bands have been given in Samsung Galaxy. Along with this, the company has given the support of the operating system in the phone for 2 years. The phone has been introduced in two storage variants.

Samsung has launched the new 5G smartphone of the M series Galaxy M32 5G in India. This is the company’s most powerful mid-range 5G smartphone. 12 5G bands have been given in Samsung Galaxy. Along with this, the company has given the support of the operating system in the phone for 2 years. The phone has been introduced in two storage variants. Also, the phone comes in two color options Slate Black and Sky Blue.

The Samsung Galaxy M32 5G smartphone will get a 6.5-inch HD + Infinity-V display. The phone comes in a premium and sleek design. It has 1TB of expandable storage support. Also the phone comes with Know Security. Dimension 720 processor support has been given in the phone. The phone will work on Android 11 based One UI 3.1. The 48MP quad camera setup has been given in the Galaxy M32 5G smartphone. Its main camera will be 48MP.

With massive 5000mAh battery and in-box 15W USB-C fast charger, Galaxy M32 5G will help you sail through your tasks without worry. The phone delivers up to 106 hours of music playback, 36 hours of talk time, 19 hours of internet usage time and 20 hours of video playback on a single charge.

Apart from this, 8MP 120 degree ultra wide angle lens, 5MP macro lens and 2MP live focus have been supported. Whereas a 13MP camera has been given for selfie in the front. For power backup, the Galaxy M32 5G smartphone has a 5000mAh battery, which has been supported by 15W fast charging.

Connectivity options include 5G, Wi-Fi, Bluetooth, and GPS. The Galaxy M32 5G also comes with a side-mounted fingerprint scanner. It is backed by a 5,000mAh battery that supports 15W fast charging. It measures 164.2×76.1×9.1mm, and the company is touting Dolby Atmos support on wired and Bluetooth headsets.

Google Pixel Buds A Series available for sale in India