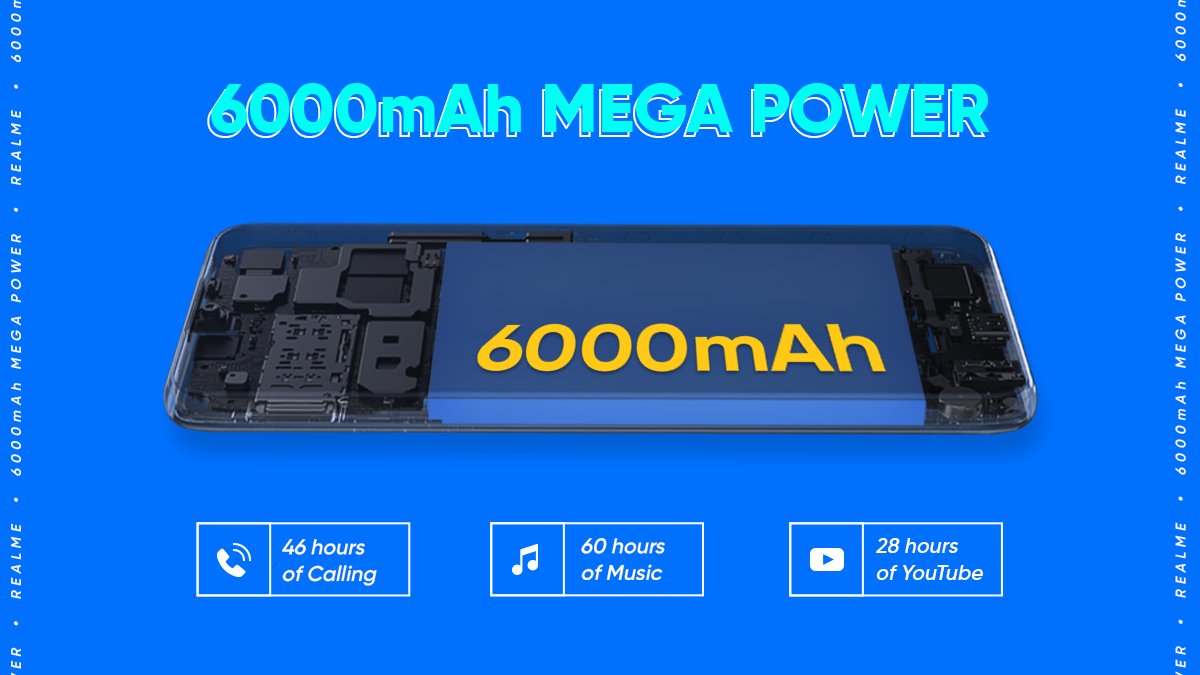 Today we have brought for you the list of smartphones priced below 9000 rupees, come with a triple rear camera setup. These smartphones have a 6000mAh battery. These include Infinix Smart 4 Relame and Tecno’s smartphones.

The Infinix Smart 4 smartphone is based on the Android 10 Go edition. This smartphone works on the octa-core MediaTek Helio A22 processor. It has a 6.82-inch HD + dot notch display with a screen resolution of 1,640×720 pixels. Dual rear camera setup has been given in Infinix Smart 4 for photography. The primary sensor of the phone is 13MP. Which comes with f / 1.8 lens. The phone has an 8MP front camera with LED flash. A 6,000mAh battery is provided for power backup.

The TECNO Spark 6 Air smartphone will come with a 7-inch HD + dot notch display. Its screen to body ratio will be more than 90%. It will get a strong battery of 6000 mAh. Talking about photography, triple camera setup and quad flash support have been provided on the back panel of the Tecno spark 6 air smartphone. Its primary lens will be 13 MP AI.

The same two cameras will be 2MP + AI. The phone will come with a dual front flash with an 8 MP AI camera for selfie. Talking about camera mode, it has features like 120 fps, document scanner, AI body shaping, and Google lens for slow-motion video. The new SPARK 6 Air variant Helio A25 will come with the Octa Core 1.8 GHz processor.

Realme C15 has a 6.5-inch HD + display, which has a resolution of 720×1,600 pixels. This phone will work on Android 10 based Realme UI. Talking about the processor, the phone will get the Octa-core MediaTech Helio G35 SoC, which will support 4GB LPDDR4x RAM. The quad-camera setup will be available on the rear of the Realme C15. Its primary lens will be 13MP, which will come with an f / 2.2 aperture.

Realme C12 has a 6.5-inch HD Plus display. Based on Android 10 OS, Realme C12 runs on a MediaTek Helio G35 processor. The Realme C12 has a triple rear camera setup and its primary sensor is 13MP. While it has a 2MP monochrome sensor and a 2MP macro lens. It has a 5MP front camera for video calling and selfie. For power backup, the phone will get a 6000mAh battery, which can be charged with the help of a 10W fast charger.