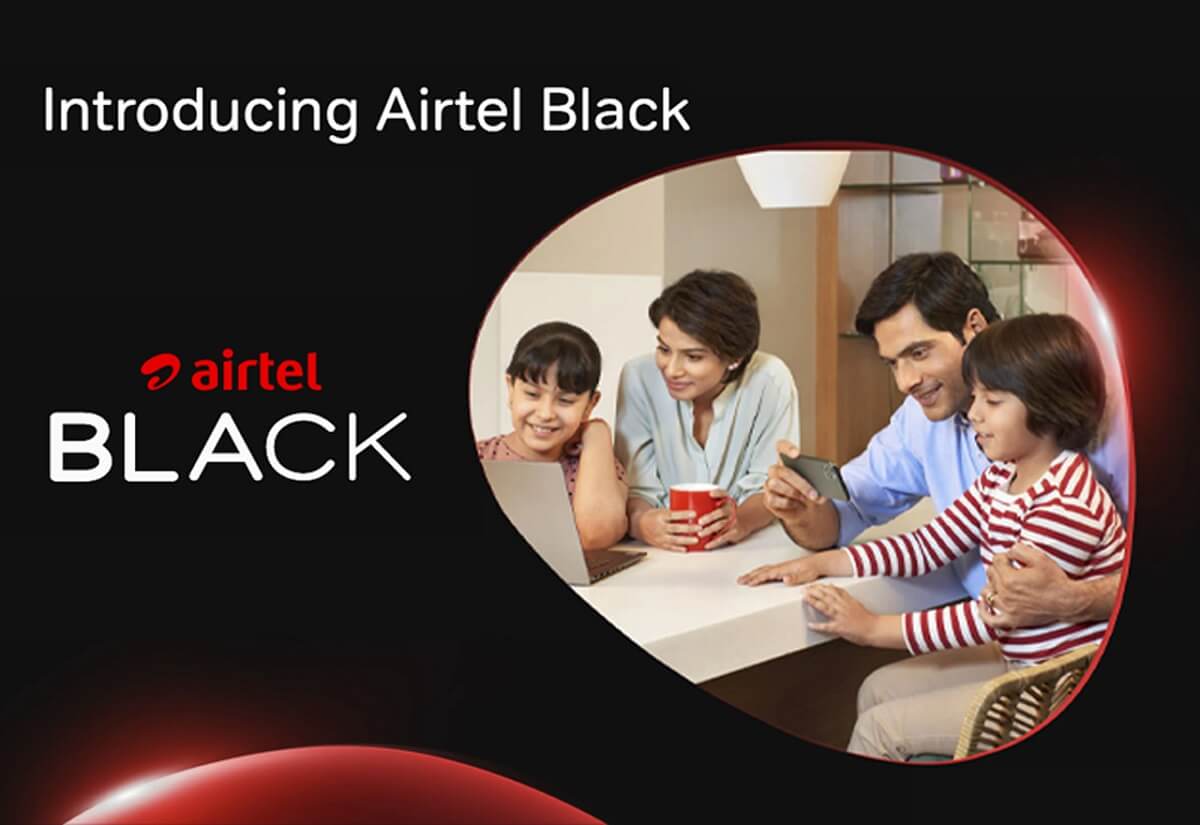 In Airtel Black, a subscriber can merge all Airtel connection like, Airtel Postpaid mobile connection, Airtel DTH, Airtel Broadband to a single platform.

Managing multiple bill payments is a hassle, but we, Airtel, with our brand-new edition to the market – the Airtel Black, allow you to do away with it. The novel offer entitles you to one single bill, one customer care number, a dedicated relationship manager, priority resolution, and premium benefits. You can also bundle various Airtel connections under one umbrella. For instance, you can combine your mobile, DTH, and internet under a single bill. However, the service, though great, has left a few doubts in our customers’ minds. Does the plan require you to buy new connections? Will it mean forgoing your existing Airtel postpaid number? Absolutely not!

Let’s go through the plan in detail and understand how you can use your existing connections to become an Airtel Black member.

What is Airtel Black?

As mentioned above, Airtel Black is a program that allows you to combine different connections under one bill. It is aimed to offer simplified payments along with lucrative benefits such as a free Airtel Xstream Box on subscription and more. You can further enjoy zero switching and installation costs with the Airtel Black and also have access to free service visits and priority customer service. Touted as one of the best Airtel Plans to date.

How to Add Your Existing Connection to the Airtel Black Plan

You can add all or one of your existing Airtel postpaid, Airtel Xstream Fiber, and Airtel DTH services to the Airtel Black Plan. To do so, you simply need to:

Alternatively, you can also reach out to the customer service helpline on 121 or walk into your nearest Airtel Store for help. Further, you can also opt for a new service at any point in time and add it to your Airtel Black program by repeating the above steps. Similarly, you also have the option to remove accounts or withdraw services from your existing plan at any given time as per your convenience. It’s that simple!

Subscribing to Airtel Black as a New User

Airtel Black services can also be availed by those who do not own any Airtel services at the moment. To get started, you need to purchase two or more Airtel connections from Airtel postpaid, Airtel DTH, and Airtel Xstream Fibre, and you are good to go!

Currently, four standard Airtel Black offers (with a different combination of services and connections) are available, ranging from Rs.999, Rs. 1349, Rs.1589, and Rs.2099. You can also create your own plans and enjoy the first 30 days free on the addition of a new service or connection.

In total, you can combine a maximum of 10 Airtel connections under the Airtel Black plan and enjoy simplified payments and premium benefits all through the year!

Whether you are a new or an existing user, you can either browse the Airtel Thanks App or the Airtel website to sign up for Airtel Black. You can further reach out to the customer service helpline or visit the Airtel stores for more information on the same. So, what’s stopping you from becoming an Airtel Black member? Follow any of the avenues mentioned above and join Airtel Black today!