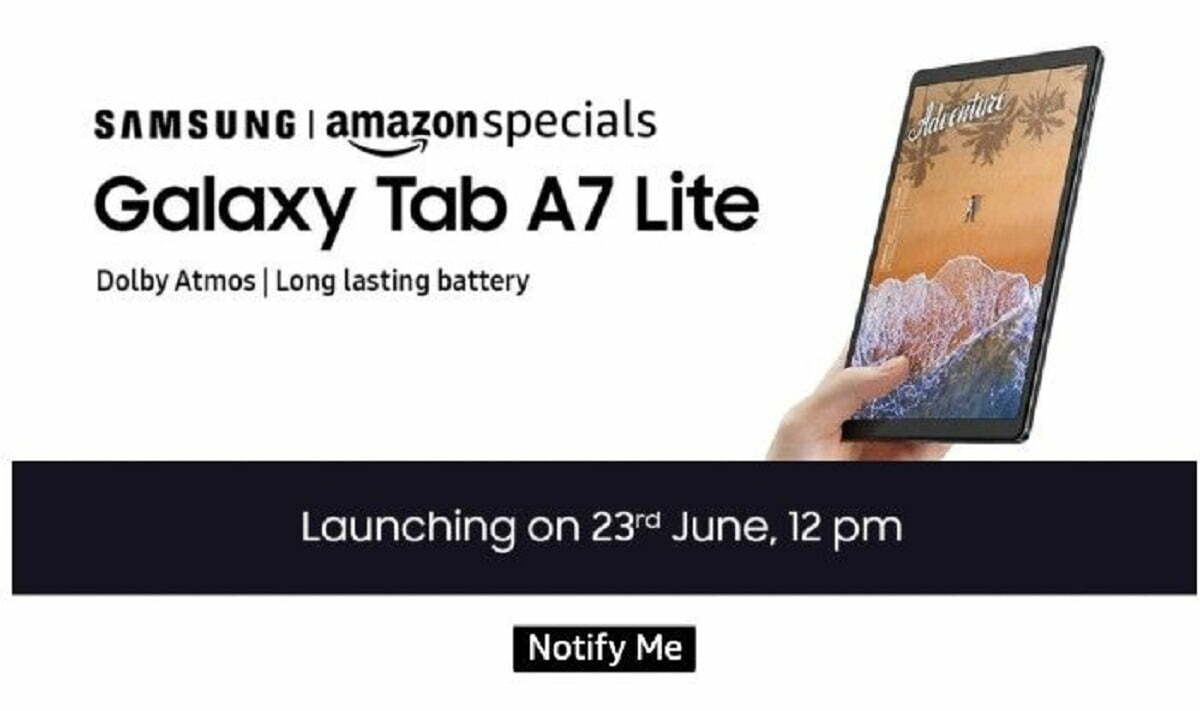 Samsung Galaxy Tab A7 Lite is a great tablet. Two cameras and a 5100mAh battery can be given in this tablet, which will support 15W fast charging. Apart from this, features like Wi-Fi GPS Bluetooth and USB Type-C port can be found in the tablet.

No official information has been received regarding the price of Galaxy Tab A7 Lite tablet. It is expected that the price of this upcoming tablet can be kept between Rs. 20,000 to Rs. 25,000. At the same time, this device will be available in the Indian market in gray and silver color options.

Galaxy Tab A7 Lite tablet will work on Android 11 based One UI Core 3.1. This smartphone will have an 8.7-inch WXGA+ display. Apart from this, the octa-core MediaTek Helio P22T processor, 4GB RAM, and 64GB storage will be available in the tab.

Talking about other features, the upcoming Galaxy Tab A7 Lite tablet sports an 8MP camera at the rear and a 2MP selfie camera at the front. Also, it will get a 5,100mAh battery with support for 15W fast charging. Apart from this, connectivity features like 4G LTE, Wi-Fi, GPS, 3.5mm headphone jack and USB Type-C port will be provided in the tablet.

Having said this, Samsung introduced the Galaxy Tab S7 FE tablet in the Indian market in May. The price of this tablet is in the premium range. The Magic S-Pen has been supported in the Samsung Galaxy Tab S7 FE. Also, the tablet will get Android 11 as well as an 8MP camera in the back-panel and 5MP in the front. Not only this, this tablet is equipped with a 10,090mAh jumbo battery. Its battery supports 45W fast charging.