Realme Narzo 50A Prime may launch soon in India 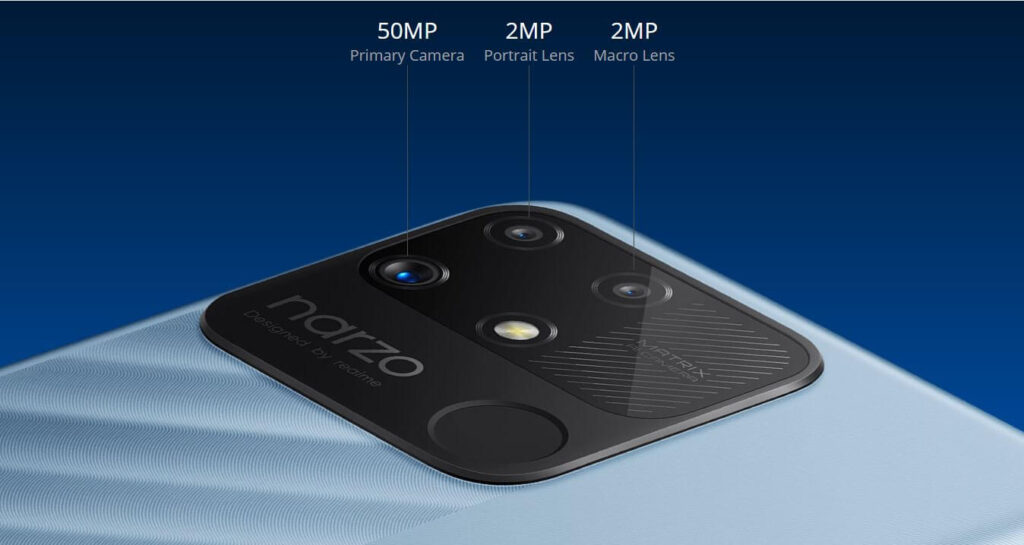 Realme may be working on a fifth Narzo 50-series phone and it may be known as Narzo 50A Prime. Reports suggest it may launch in India soon with specifications better than Narzo 50A’s.

As per an online report shared what looks like the screenshot of a listing of the upcoming Realme Narzo 50A Prime on the company website. The listing hints at a launch that is imminent, but we are not sure about the date at this point. The Narzo 50A Prime also received certification for launch on the EEC platform back in November, according to the report. That means the phone does exist and may soon hit the market.

Specifications of Realme Narzo 50A

For photography, a triple rear camera setup can be given in the Narzo 50A smartphone. Its main camera will be 50-megapixel. Apart from this, the phone will come with black and white portrait lens support. Also, 2-megapixel lens support will be available. The selfie phone has an 8-megapixel lens.

In other news, Realme is gearing up to launch its first smartphone of 2022 in India. It will likely be the Realme 9i as we have started seeing teasers for this phone on Twitter. Realme 9i has already been launched in Vietnam, so we are thorough with the specifications. And the price, if you consider currency conversion. The Realme 9i has a 6.6-inch Full-HD+ IPS LCD with a 90Hz refresh rate, a 16-megapixel selfie camera, a Qualcomm Snapdragon 680 processor, 6GB of RAM, 128GB of internal storage, a 50-megapixel triple-camera system, and a 5000mAh battery with 33W fast charging. It costs VND 6,290,000, which is approximately Rs 20,500.