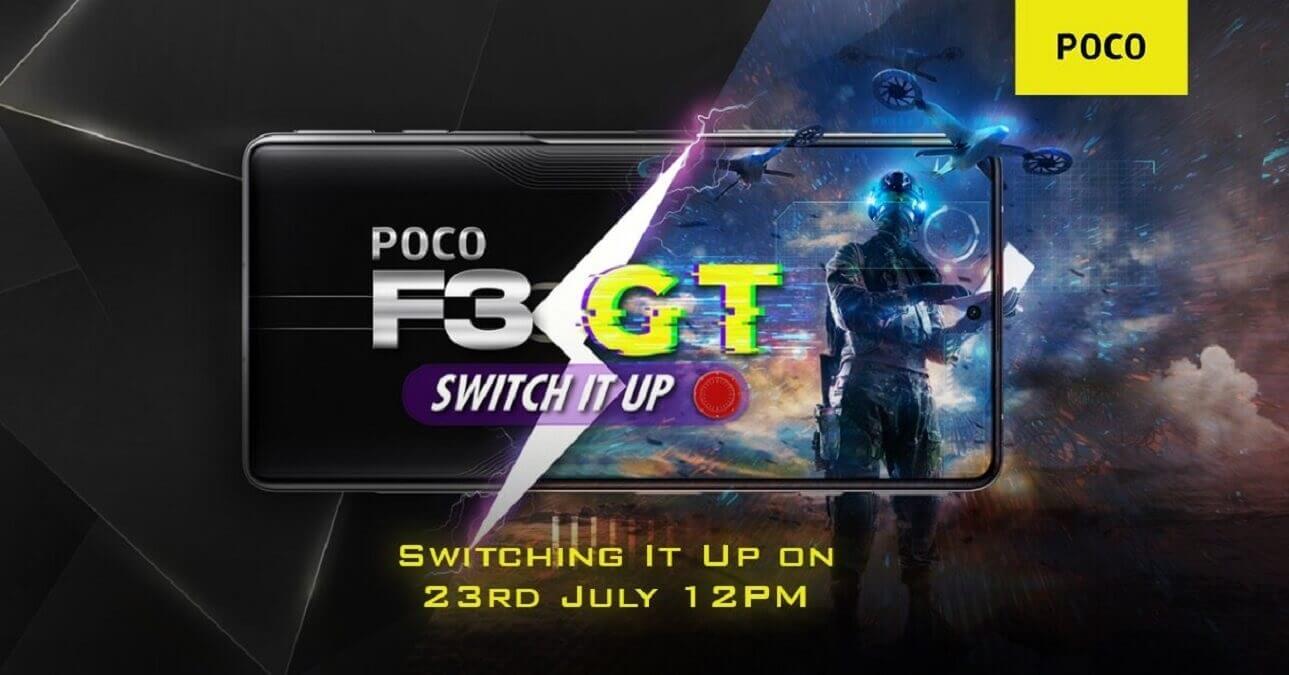 Poco F3 GT will launch on July 23 at 12 pm (noon), the company has confirmed. The company has been teasing specifications of the upcoming phone and has now confirmed that the phone will get dual-stereo speakers with Dolby Atmos. Poco F3 GT is speculated to be a rebranded Redmi K40 Gaming Edition that launched in China in April as a gaming variant of the Redmi K40. The phone will also be the first under the Poco brand to come with a 120Hz refresh rate display.

Poco India has confirmed that the Poco F3 GT will launch on July 23 at 12 pm (noon). The company will most likely host a virtual event that will be live-streamed on its social media channels including YouTube. The company has also shared that the phone has a “slipstream design” and an anti-fingerprint matte finish. The frame is made from aerospace-grade aluminum alloy and the phone has three styles of bevels. Poco F3 GT will come with dual-stereo speakers with support for Dolby Atmos.

Anuj Sharma Country Director Poco India told India Today Tech in an exclusive conversation. Sharma said that Poco was initially looking at August or September for the launch but will introduce the new phone within July.

“We were aiming at a July launch and now when I look at the feasibility, it seems possible. So, we should look at a launch within this month,” Anuj confirmed. He added that this was also a good time to check where Poco stands as a brand.

“We were looking to bring the F series phone last year but the Covid was coming, and we didn’t know what to expect from the market. Things became better in the second half of 2020 and a lot of people started buying the second smartphone. March, April, May were again tough this year. However, the criticality of the phone is coming back to people’s life,” Anuj said.

The Poco F3 GT smartphone is expected to be a re-branded version of the Redmi K40 Gaming Edition. The phone can be offered with a triple rear camera setup. Its main camera will be 64MP. Apart from this, an 8MP ultra-wide-angle lens, a 2MP macro lens has been given. While a 16MP camera has been given for selfie.